The heirs of Patch Adams

They're from Caleta Olivia. They follow in the footsteps of Patch Adams, healing through laughter and art. And they edited a book where they tell the experience. 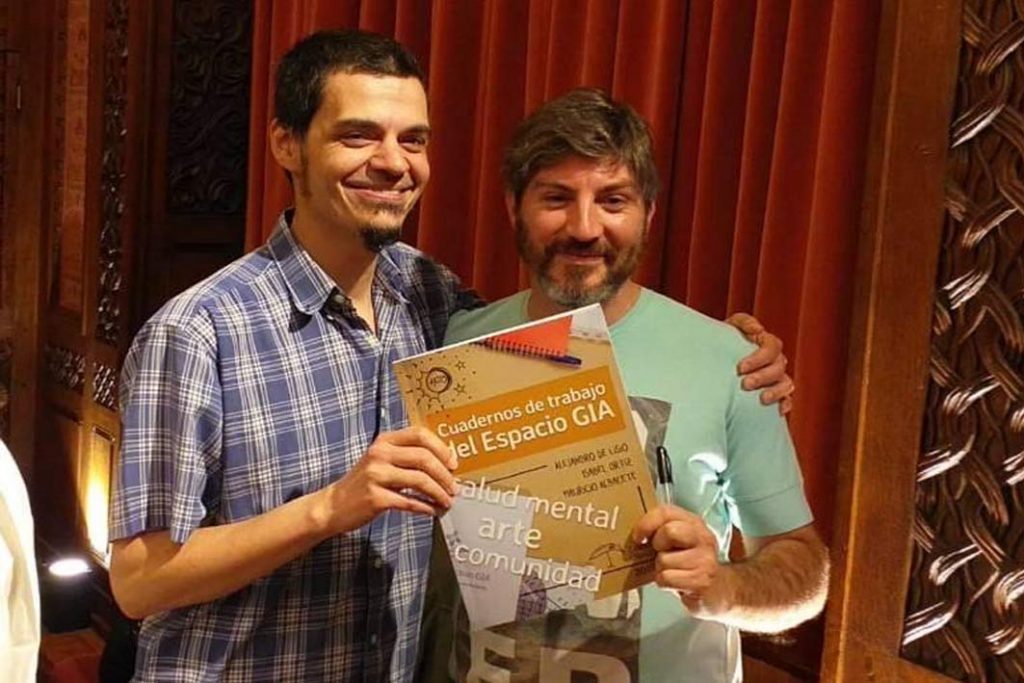 We're all familiar with Patch Adams, the film played by the brilliant Robin Williams. The film is based on the real life of Dr. Hunter “Patch” Adams, an American doctor who, in his time as a medical student, began to dream of a cheerful and friendly place where patients could be cured. Adams was a different doctor, invented risotherapy for medical and therapeutic purposes. But he wasn't just a “clown” who made jokes to cheer up his patients. He was convinced that a person's mental and physical health depended on his family, the community and the world around him.

Almost 50 years later, most hospitals continue to scare us. Even though the nurse in the painting asking for silence is no longer in any of them, turn out to be too serious. Maybe because they're still very white or very gray.

However, a group of health professionals and artists from the town of Caleta Olivia, in the province of Santa Cruz, is willing to kick the board. Nucleated in the GIA Space (Institutional Alcoholism Group), they work on mental health issues with a totally different methodology. They do it through art. One day they paint a picture, read a story or play a role-playing game. Another, they organize a theater show in the hall of the Zonal Hospital of Caleta Olivia. Oh, yeah! For a moment the walls, the doctor's offices, the waiting rooms change color for the function. And, in the best Patagonian Patch Adams style, appears “Egg”, the hospital's medical clown.

The benefits of art

Art promotes socialization, creativity and improves the self-esteem. Joining to read a story may seem like a hobby, but for a lonely person, without a family or with mental health problems, means Something else. A change of life.

The group of health professionals and artists of Caleta Olivia, like the famous Adams, is convinced that art saves people and minds. They recently presented their first book together: Cuadernos de trabajo del Espacio GIA N°1, Caleta Olivia, Salud Mental, Arte y Comunidad. One of its authors is Alejandro De Lisio, coordinator of the Space GIA, who says that workbooks are a manual intended for mental health. This includes anecdotes, narrations, testimonies, conversations, poetry, games and even cooking recipes. Soon they will present their book in Comodoro Rivadavia and Pico Truncado, Santa Cruz, during the month of December. The truth is Patch Adams would be proud.

The history of the Argentinian asado