The great choice of Sacheri

Eduardo Sacheri, the writer and co-writer of “The Secret of Your Eyes”, revealed why Racing fans appear in the film. 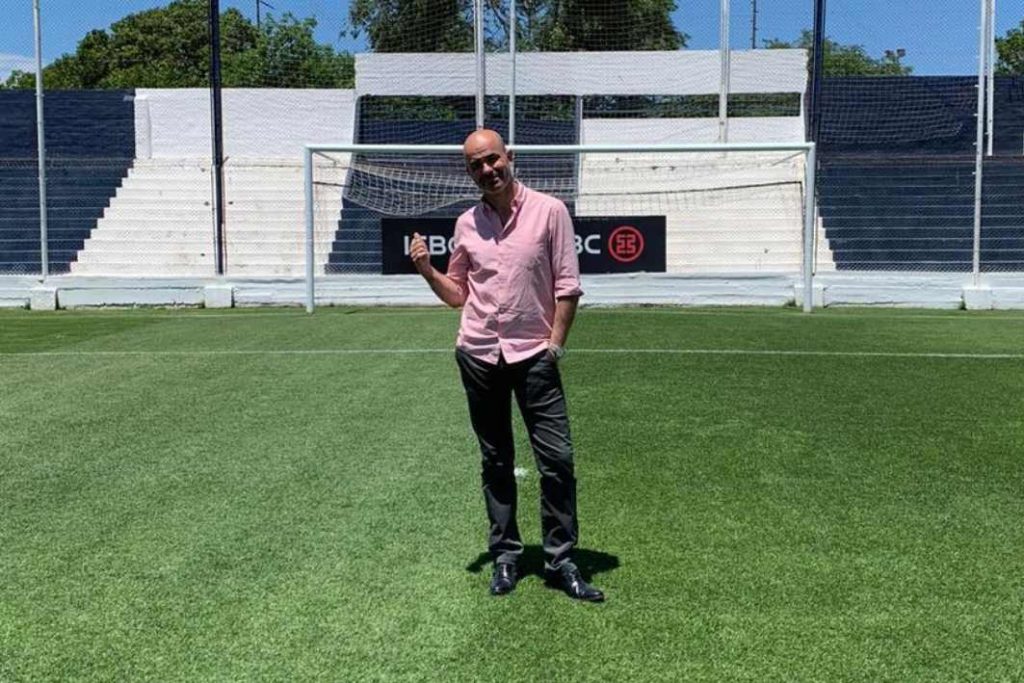 The passion a fan feels for his club is one of those things that can't be explained. Which, if they don't, you don't understand them. Who knows Eduardo Sacheri (I was lucky enough to be his student in high school; you may know him through the media and networks) knows that there is something that is associated with his figure indelibly: Sacheri is a fan of Independiente. Why — then — are there racingfans on the court scene in The Secret of Your Eyes ?

Ten years ago, Argentina won its second Oscar for Best Foreign Film (the first was in 1986 for Luis Puenzo's La historia oficial). In 2010, it was the turn of El secreto de sus ojos, Juan José Campanella'sfilm based on a novel by Eduardo Sacheri (The Question of His Eyes), of which the writer was also a co-writer.

In one of the scenes, there is the persecution of the story killer on a football field, in themiddle of a match of the team of which he is a fan. What's that team? Racing. The choice of the club from which T-shirts, flags and all colors would be shown was not an easy decision for the writer, whose heart is precisely with the biggest rival of the Academy. The motives, until today, were a mystery.

Many thought it was due to the presence of another fanatic: Guillermo Francella, one of the protagonists of the film, is a well-known Racing fan. But I don't. Besides, it's not his character who admires that team in the movie. In an Instagram live with the sports site Soy del Rojo, Eduardo Sacheri unveiled the unknown.

At the time of choosing the team that could be the killer fan, I left Racing and Independent and, honestly, I didn't want to make a rapist, beater, killer, fan of my club. It's okay, if we had made it Independiente, we could have seen the extras singing Independiente songs and some red rag. But I really had to associate Independiente with that figure.

The choice was, then, a way to take care of your club. In addition, Sacheri acknowledged that, beyond the fanaticism he feels about Red, passion is not something unique to that team: “What I say about passion — taking the thermos out of my head — is that everyone clubs have the possibility to love our clubs passionately and even uncontrollably, it is not exclusive of them (by Racing) nor of us either”.

Music to the rhythm of ancestrality
Keep singing in spite of everything
The quartet will save us and La Pepa knows it
Reinventing yourself to survive
Solidarity in Argentina in Madrid
Wellness Tourism what is it?
The Cachivache: tango punk
Yoga classes by Celina