The Benjamin Zorrilla school, the first school in Chaco, became a National Historic Building. We tell you his story. 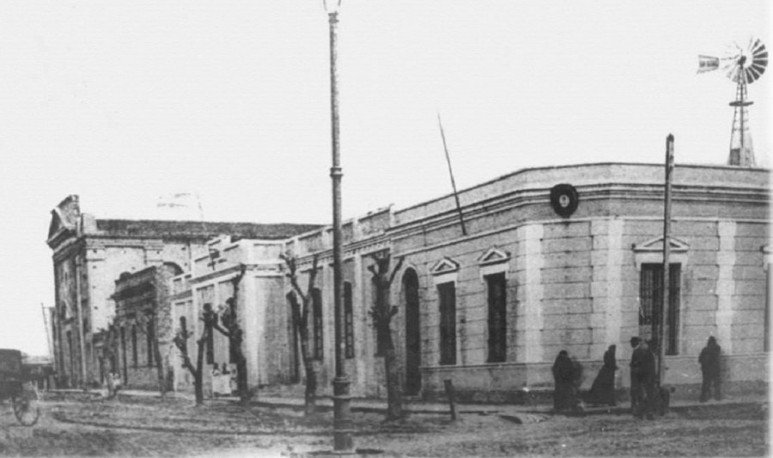 The National Congress declared the National Historic Building the N° 1 Primary School “Benjamín Zorrilla” of Resistance. “This bill was presented more than a year ago when the emblematic building was 100 years old,” he said   Aida Ayala   . These regulations ensure that appropriate measures are taken to ensure the custody, preservation, refurbishment and restoration of the school. Ayala is a deputy and the promoter of this project.

Ayala recalled that “after the arrival of the first immigrants to the then National Territory of Gran Chaco, there was a need to create a school.” The new settlers needed to be educated and the first school in Chaco was created. It was possible thanks to Decree No. 112 of Tucumano Nicolás Avellaneda on May 19, 1879. 140 years later, this school became a National Historic Building.

The school was mixed and its classes were taught in an old shed known as “Agüicho” near the landing site of the pioneers. Then he moved to a ranchito in front of the old bridge of the river Negro, and from there he passed to the center of Colonia Resistencia. Finally, it settled definitively on the corner 25 de Mayo and Santa Maria de Oro in 1918.

The school is called “Benjamín Zorrilla”, in gratitude to anyone who was president of the National Council of Education at that time.

In 1888 it was transformed into a male school exclusively by application of the National Education Act No. 1420. And the school No. 2 “Raúl B. Diaz” was created for women.

His story doesn't end there. A pioneer of education in the National Territory of Chaco, its building was the birthplace, in 1901, of the first Popular Library. In 1934, under the same roof, the first secondary school was born: Colegio Nacional de Resistencia “José María Paz”. In 1936, the first adult school began to operate at the establishment until today. In addition, the first school cooperative was also created in the National Historical Building. In 1942 the Escuela Superior Comercio was inaugurated. Also appeared the savings agency, the school club, the Red Cross and the first school newspaper “Ecos de Aula”.

In 1964 the school of the National Historical Building was once again mixed as in its origins. In 1985, the Primary School No. 1 “Benjamin Zorrilla” was declared Provincial Historical Monument by Provincial Law No. 3127.

The Chamber of Deputies of the Province of Chaco approved by Provincial Law No. 7530 the creation of the First Museum of Education in 2014. This is located in the National Historic Building of the school.

The primary and current purpose

The “Benjamín Zorrilla” School was born to meet the educational needs of a heterogeneous child population. This was composed of Creoles and descendants of Italians, Spaniards, French, Paraguayans. A mission that continues to carry out today.

In 2018, the emblematic National Historical Building was 100 years old, and now commemorates 140 years since the founding of the first school in Chaco.