When you visit this monument, you forget all previous protectual paradigm, and surrenders to the feet of this genius 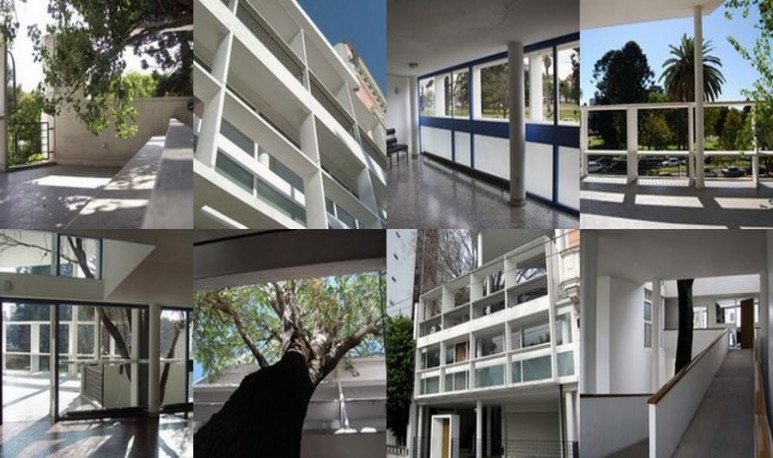 What other house better known and admired in the atmosphere of architecture? Along with the basilica, what other monument is there in the silver of this hierarchy?I'm sure there will be, and they'll sow courage over time. But it is undeniable that Casa Curuchet is a monument to the architecture of our country, perhaps the most important, because of its history, which not everyone knows. Let's ignore the dates. Not because they don't matter, but for rescuing the importance of them, which was in the first half of the 20th century, where there was still no telephone, airplanes or other communication other than letters through ships. And it was like the master Le Corbusier -the most important person of Architecture in history- made a project, was built and today it is a museum - monument in the city of La Plata.Amancio Williams, of the most important architects of our history, was the one who made the direction of work, with the most important architects of our history, was the one who made the direction of work, with the uthe only tool of interpretation, as were the plans coming from France. Probably smaller-scale solutions have their imprint, as it was impossible to make daily queries, as required by a work (which is easy now with What's app!) but the essence, the 5 points of modernism, and the incalculable value of thought of ways to inhabit, were thought by Le Corbu.It is implanted in such a difficult terrain as opportunities for exploitation has, with a park in front, and a privileged urban situation. We still don't know how, at a distance, he could understand this opportunity, and generate an architectural piece that can be there and nowhere else in the world. It is thought in itself as a concept house, for a doctor and his family, with its ramps of slow and appreciative circulation. That's why students are going to see it from so many places and we involve it in our section.Beyond questionable elements from what academic one learns, such as the first thing to do when one projects is to visit the site, understand the surroundings, etc., when one visits this monument you forget about every paradigm.previous project, and surrenders to the feet of this genius.