Home Argentine Cambalache The beginning of a dream.

The Lions achieved the first goal in the World Cup: they defeated Spain 4-3 in an exciting match. 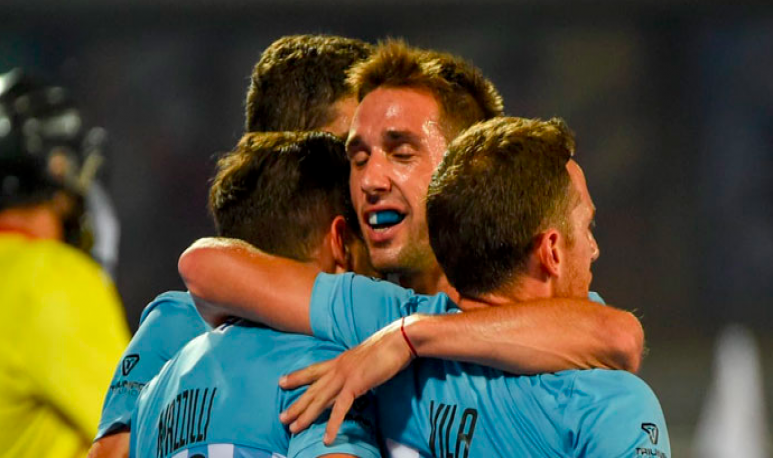 By: Redacción
There was everything. Five goals in the first quarter, two unfavorable partial results (1-0 and 2-1), an inopportune yellow card on closing, an opponent who ended up playing without his goalkeeper and a final play in which the opponent himself could tie... But the Lions ended up winning a tremendous match in their presentation at the Bhubaneswar World Cup. It was 4 to 3 against Spain in a match for the heart attack, in which it cost to get the nerves of the debut but in which they finally ended up celebrating three key points against the most difficult rival in zone A considering, in addition, that the winner of the group will qualify directly to the quarterfinals of the tournament. 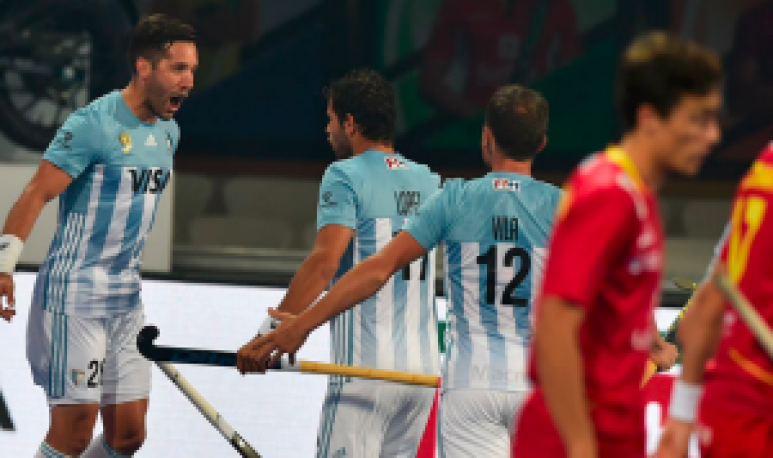 The Lions, looking in India to improve third place in The Hague 2014 — the best historical location of the World Cup — reached the last tournament of the year with 40 official tournament matches played since the historic gold medal won at the Rio de Janeiro 2016 Olympic Games. And of those 40 matches, no less than 27 ended in victory. But Spain was a complicated team in the previous. And it was, in short, for the ensemble that leads Germán Orozco. The start was hit by blow. Because in Spain's first entry into the area, at 3 minutes, Enrique González put 1-0; Gilardi dominated the ball in the circle but they pressed him, took it off and the scorer did not spare against Vivaldi. However, just 60 seconds later López was quick to execute a free kick from the right and Agustín Mazzilli, in a huge offensive advance, beat Cortes. One fact: at the 2016 Olympic Games, Mazzilli made only one goal (fourth in historic 4-2 against Belgium) and here he made two in 11 minutes... From that moment the game became tedious and boring, without arches perhaps product of the nerves of debut for both teams. Until in the last two minutes everything was mobilized again: at 14, Josep Romeu took advantage of another defensive carelessness and put his team again up on the scoreboard, but in the following attack the Lions took advantage of another mistake and Agustín Mazzilli returned to be accurate in the area to take advantage of downtown Vila from the left. It was clear they were two teams. Argentina and Spain were two attacking and two very different defending. Thus, almost on closing Paredes was also rogue to speed up the game and forced the first penalty corner for Argentina. It was Gonzalo Peillat's turn, then. The best creeper in the world did not forgive and allowed the selected to go to the first break with the advantage of 3-2. Then the intensity of the match went down again. Argentina preferred to wait and give the ball to Spain. And Spain took the opportunity. First when at 5 minutes of the complement he reached the draw through Vicenc Ruiz and then when he could get up on the scoreboard with a couple of shorts in which Vivaldi was called to answer. And the archer responded. After that suffocation, Argentina resumed control and in the fourth period, at 4 minutes, Martinez got into the circle and forced the third Argentine short. But there was one drawback. Mazzilli and Paredes were not on the court, the first two servants. Responsibility was taken by Gilardi, who put the ball into play with remarkable efficiency; Rey stopped it in an outstanding way and Gonzalo Peillat did the rest to decree the final 4 to 3 that allows to look at the future calmly and optimism. Anyway, there was more suffering after Peillat's second goal. Because Argentina suffered with the yellow card Bettaglio received and because Spain ended up playing without his goalkeeper to add one more man on the field and in the last play he could tie, on the final chicharra, when De Frutos was face-to-face with Vivaldi but could not connect the ball. Argentina's next presentation in the tournament will be on Monday against New Zealand. There will be time to correct details -Spain had 18 income to the circle against 12 from Argentina and a possession of 59 percent-, to rest and to think about what will come. Which is auspicious. Argentina formed with Juan Manuel Vivaldi; Juan Ignacio Gilardi, Pedro Ibarra, Gonzalo Peillat; Juan Martín Lopez, Lucas Rossi, Matías Rey, Ignacio Ortiz; Lucas Vila, Matías Paredes and Agustín Mazzilli. Then joined Joaquín Menini, Lucas Martinez, Agustín Bugallo, Maico Casella, Nicolas Cicileo and Tomás Bettaglio. Source/Image: CAH

Did you know that in our country there is another superclassic?