At first it was a great mystery. At present, the construction of the Chinese Space Station in the province of Neuquén connects us to the Universe. 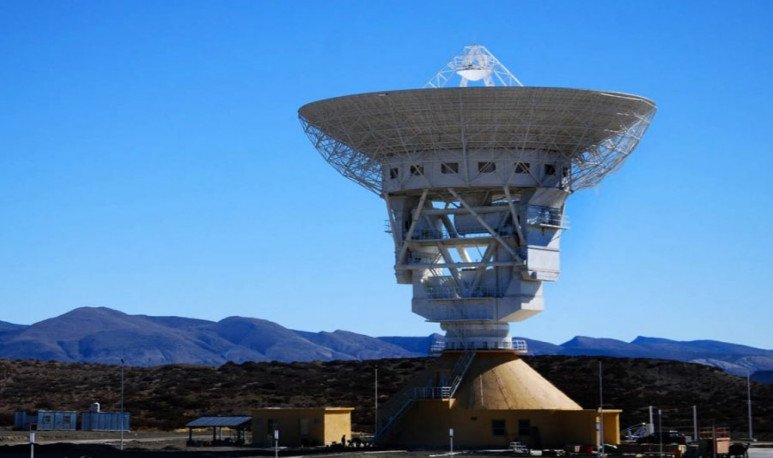 As in a science fiction film, a gigantic antenna rises over the Patagonian desert as an appearance. A sixteen-story glowing metal tower remains still in the wind. It could be a mirage, but it's not. It's the closest thing to a giant vacuum cleaner. Only, instead of being directed to the ground, it does it towards the  sky , to the stars. Specifically on the dark side of the moon. We are talking about the  Chinese Space Station , located in the province of Neuquén.  The first station China built outside its territory .

The 450 ton device, with its huge dish looking in the open air, is  the main attraction . It is a 35-meter antenna intended for the observation of distant space. But she's not alone. The complex consists of three more constructions. First of all, a transformer station to supply energy to the complex. There is also a building for the team of  scientists . Finally, the complex rooms, dining room, gym, conference room and projection for  Asian  professionals and scientific tourism.

The investment amounted to more than $50 million. The station is located north of Bajada del Agrio, in the so-called Pampa de Pilmatué, in Neuquén. It covers 200 hectares of land, away from populated centers and radio noise.  An ideal place to monitor satellites and space missions 24 hours a day .

Benefits for our country

While the Space Station belongs to the Chinese Government, our country benefits. For example,  CONAE  will have free access to 10% antenna usage time for national developments. In addition,  Argentina will participate in interplanetary, moon and mars exploration programs . Activities can be developed with the Universidad Nacional del Comahue and the National Technological University. Finally, our country will be able to invite the international community to work from Argentina on space exploration.