At the end of the year and projecting what is next, we met with Scaloni and Leo Messi,” wrote “Chiqui” on Twitter. 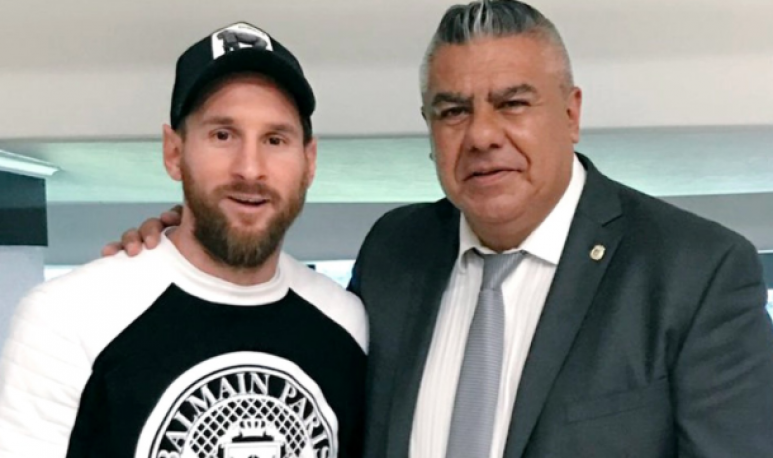 By: Redacción
The president of the Argentine Football Association (AFA), Claudio Tapia, met with captain Lionel Messi and coach Lionel Scaloni in Madrid to project the year of the team that will target the Copa America de Brasil 2019. Through his official Twitter account, the AFA boss posted a photo with Messi at Santiago Bernabeu stadium in Madrid, home of the Copa Libertadores de América Superfinal, and confirmed that they had a meeting to project “what is next.” “Leaving Madrid, after the Libertadores Superfinal, and several intense days of work. At the end of the year and projecting what is next, we met with Scaloni and Leo Messi,” wrote “Chiqui”. This was the first official gesture between AFA and Messi after the frustrating participation in the 2018 Russia World Cup and with a view to the Copa America de Brasil which will be played from 14 June. The other meeting that Tapia held in Spain was with Lionel Scaloni, who on November 29 offered him a contract until the end of the Copa America. Source: Telam