Unhappy endings can also be good. 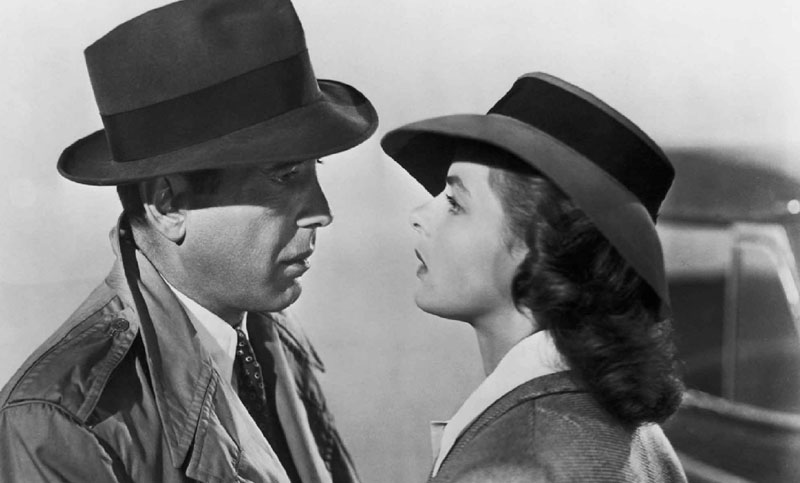 By: Fabián Albinati
We know that everyone likes stories with a happy ending, moreover, in Hollywood, we know, there is a lot of material that is tested before the final edition. But what we're going to talk about belongs to an era of cinema where intuition and wisdom knew how to enthuse large audiences. And they did it with love stories that did not come to fruition when it comes to the couple, because when it comes to the history of cinema, they are part of its great history. Let's start with "Casablanca", from 1942 and directed by Michael Curtiz. It is said that even while they were filming it, they didn't know the end, they almost wrote it as they went along. And yes, Rick, more Humphrey Bogart than ever immolated himself for the cause, giving up the love of Ingrid Bergman for his fight against the Nazi invasion in Morocco. What more can one say about "Gone with the Wind" (1939)? For various reasons, one of the most important films in history, so big that it had three directors, so many give credit to David O. Selznick, its producer. In "Casablanca" it was World War II, here is the American Civil War, back in 1860. To the Dantesque of the social struggle is added a dysfunctional couple (Clark Gable and Vivien Leigh) who draw sparks during the four hours of film. Wonderful. When you see the four hours will seem little. And we come for these days, with the great "La Land" by Damien Chazelle, who also wrote it. Once again, you fall in love, in this case with very good music, but it seems that its protagonists (Emma Stone and Ryan Gosling) have other plans. Love is like that, if you have doubts, I would ask you to also see and enjoy "Annie Hall" (Woody Allen 1977), "Moulin Rouge" (Baz Luhrmann 2001) and "The Bridges of Madison" (Clint Eastwood 1995), I guarantee you will enjoy and sniff equally. Unhappy endings can also be good.

The dances of the boarding school
The Synthetic Bulletin of Radio El Mundo
Hummus
Innocence or irresponsibility? None of them suits us
Interview with Santiago Ladino
Spaghetti with olive sauce
Santo Dustin - Salta
La posta of Dustin - Salta