Pickets, yes or no?

Theme of the week: what do we do with pickets? 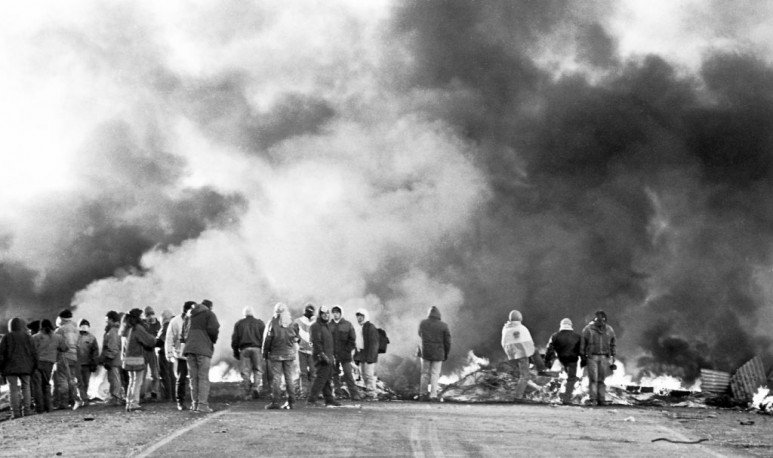 Before I start with this column, which a priori already know is going to raise some controversy, I would like to make it clear that I am completely convinced of that old axiom which says that one's freedom ends where the other begins. From there we start. But there is one issue that puts this issue in check and on which I would like to invite you to reflect on. What do I mean? To the measures of force. The best known (at least the most common) and the one that most often bothers that entelechia that someone decided to call “public opinion” (about which we never stop to analyze in depth what exactly means), are the famous “pickets”.

For a while I worked near Belgrano and July 9. For those who do not know the area, exactly in that corner is the Ministry of Social Development of the Nation, the epicenter of social protests. I saw car chaos, fights, discussions, for a couple of years, even repression. And the question I always ask myself, when someone says, “They don't have the right to stop me from going,” is, “Okay, you're right. But do you have any idea why they're here protesting?”

The measure of force is, as the name implies, “force”, “last resort”. If someone has the option of going to downtown Buenos Aires in the sunshine to cut a street (with the risks that this implies) or stay in their workplace carrying out their tasks, do you think you would choose the first thing? Is anyone really convinced that they do it because they want to? Don't you think they have a lot of other things to do before that?

The measure of force is an instance of despair. This is what is done when we have already tried by all means to solve a problem that is usually not only important but also urgent and nothing was achieved. Would it bother me if they stop me from passing? Yeah, of course I do. But more would bother me to have a compatriot who stayed on the road without anyone, in space the State, giving him any answer.

The word of the year

5 tips to enjoy your balcony

Portfolio, the discreet charm of winning