Non-neutered dogs and females in heat

When unneutered dogs detect a dog in heat, you will notice dramatic changes in their behavior and overall well-being. 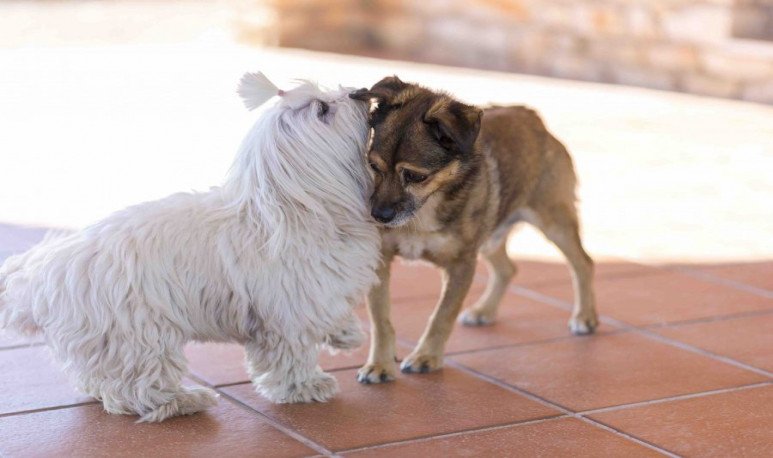 When unneutered dogs detect a dog in heat, you will notice dramatic changes in their behavior and overall well-being. Unless we meet the neighbors and they tell us that “Lola” is in heat, the vast majority of the time we don't even know.

Unneutered males detect females in heat at 4km round

A male can sniff the pheromones of a female in heat from a great distance (it can be up to 4km). Within a radius of 4 km can you imagine how many females can get into heat at different times?

Bitches don't sync to get into heat all at the same time but this week there may be a dog one block away in heat, next week another three blocks, tomorrow another just around the corner and so on.

An uncastrated male dog will be detecting all those females in heat, over and over again, and suffer strong changes that will lead him to fall into one or more of the following situations:

All of the above can result in terrible accidents such as:

How do you remove it?

Since we're talking about hormonal changes, there's really not much you can do, except take your dog on vacation and “cross your fingers” so that there isn't a female in heat in that place.

Crossing a male to “meet” hormonal demands, will not make the problem disappear why?

I don't want you to get on my bed anymore

Tips: dogs living in the apartment

Keep fleas away from your dog