Lunadei was not Mr. Della Nata 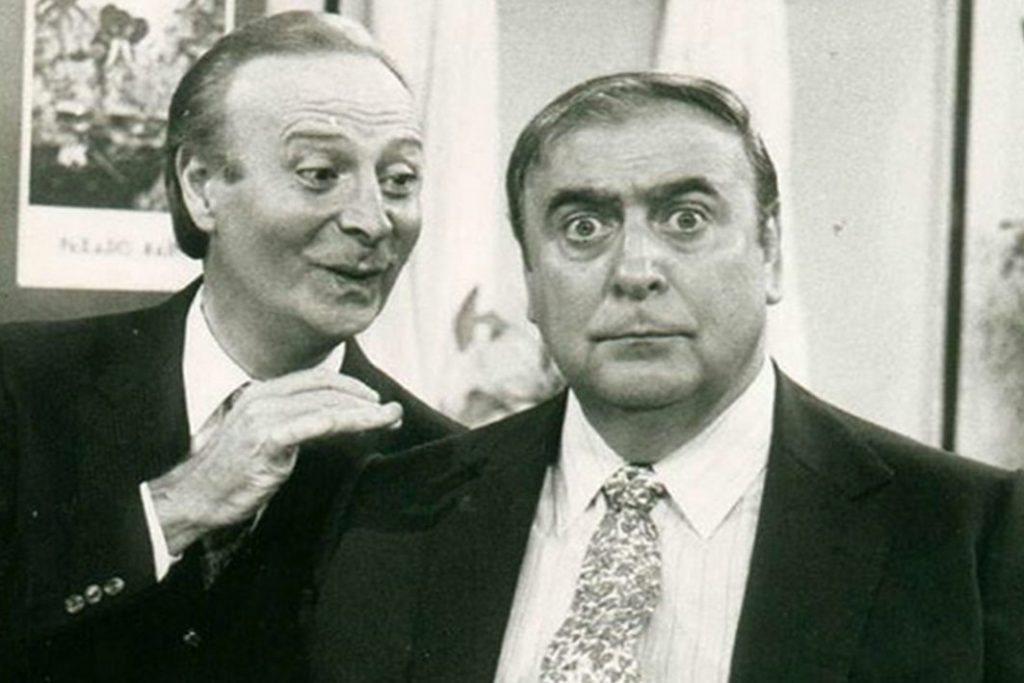 “The Tano” Gianni Lunadei had in his character of “The Lord Della Nata” to his most remembered creation. He was the bad guy from “News Table.” A program from the 80s. Bad hit. It was written and starred by the great Juan Carlos Mesa. He had an amazing cast. Note: Javier Portales, Beatriz Bonnet, Gino Renni, Adriana Salgueiro, Mónica Gonzaga, Cris Morena, Alberto Fernandez De Rosa, Alberto Irizar, Osvaldo Terranova, Georgina Barbarrosa, Santiago Bal, Carmen Barbieri, also Edgardo Mesa and Fernando Bravo, and a baby... Eleonora Wexler.

Among all those stars, Gianni Lunadei shone brighter than any, since the character of Della Nata. The bad guy.

But not only did he succeed in “News Table”. He had memorable steps for great successes. Like “Black Archive”, “Marriages and something else”and “Torterolo Brothers”. Programs that put 60 rating points like nothing. And in the remembered “Sweet Silver”, doing bad...

Gianni arrived at 12 in his native Italy, escaping the post-war period. At 16 he made his theater debut. “ Chekhov did.” That in theatricaljargon means he worked on a play written by the great Anton Chekhov. What was considered bigger words, only possible for a great actor. Gianni was. He had it in his blood. He won a “Moliére” (France) and a “Starfish” for his bad “Harlequin, servant of two bosses”. But that was a bad “seriously.” An actor role reserved only for the greats. He also won a “Konek” and was nominated for Best Actor in the " Martín Fierro“).

Gianni had a problem with that. He rightly complained that for some, if you don't do serious work, you're not a great actor. In those years, comedy was denoated by the “experts”. Fools who didn't know it 's so much harder to make laugh than make you cry. Well, the Argentine theater had a lot of psychobolche. To suffer. Be intense. Twisted. Self-absorbed. The cinema, too, and it still has it. They want to make the French... The actors, of course, did not escape that. And Gianni was tormented. How right I was!

Maybe that's what caused him a great depression. And, in torment, he took his life in the house of Belgrano where he lived with his wife. Pearl Caron. Another great actress. It was June 17, 1998. The day the Argentine theater mourned again. To fire one of the biggest I've ever seen. One of the saddest days of my life. Like the day he was “ Black” Olmedo. Another comedian little valued as an actor, when he was a great also of the drama (I recommend “My girlfriend, him, with Susana Giménez).

Getting to know the north at home and from humor