When the boyfriends went to the gardener's house to take pictures of themselves. Amazing but real. 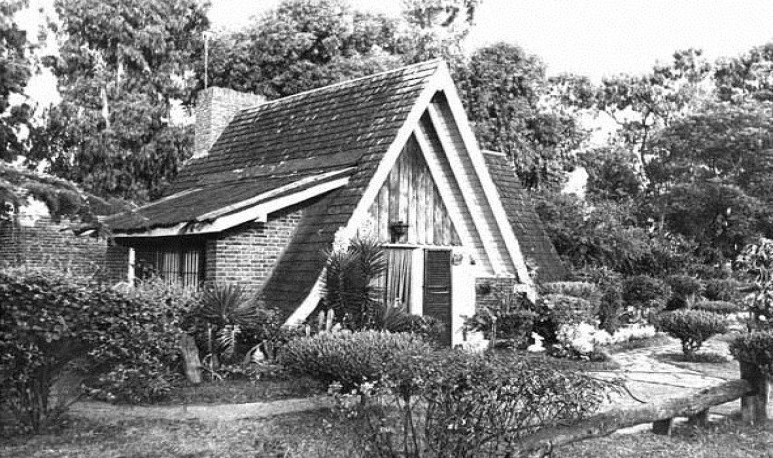 The villas onAvenida General Pazwere two-room houses, Alpine style, built with bricks and wooden tiles embedded in the roof, where the gardener lived with his family.  Their employment was under the  Department of Parks   and Gardens   of the City of Buenos Aires.

Built on the avenue, they were surrounded by beautiful gardens. They began their construction on June 8, 1937 and opened on July 5, 1941. Seventeen chalets were built, along the avenue, from Puente de la Noria to Avenida del Libertador José de San Martín, distanced one and a half kilometers from each other.

The gardener mowed the lawn with a scythe, from Monday to Friday and on the weekend, took care of the arrangement of neighboring gardens - up to 1500 meters away. They were standing for more than 40 years, until in the mid-1990s they were demolished. The newlyweds couple came to visit the chalecitos to photograph themselves. The extension of General Paz Avenue was his death sentence. They are unforgettable memories of a  Buenos Aires yesterday .