It is in Costanera Sur, on Paseo de la Gloria, where great characters of the Argentine sport are honored. 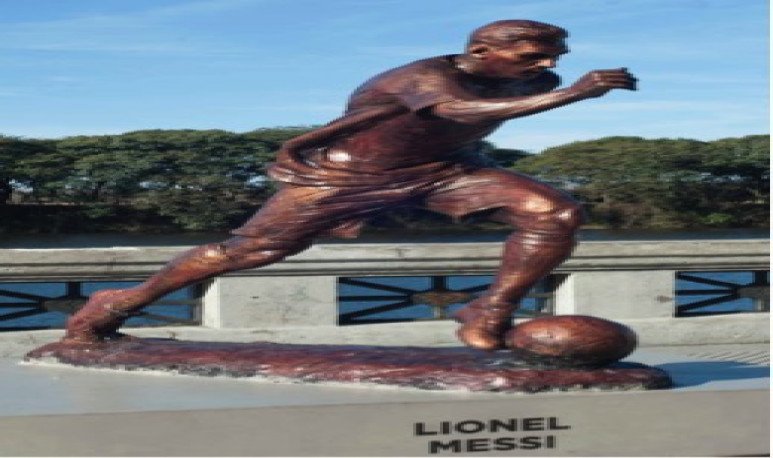 It is in Costanera Sur, on Paseo de la Gloria, where great characters of the Argentine sport are honored. Its inauguration was coincidental or consistent with one of the defeats with Chile after its “resignation “from the Selection. As in most monuments to people, it seems necessary condition for homage, that they happen to a better life, or simply that they are no longer part of us. But then we cut off his legs, symbolically and physically, when he vandalized. I speak in the plural, because we are all, as a society. We give rise to the doubt, whether he deserves so much affection, that he needs to win a world cup, eternal comparison with Diego, as if one could not live with the other.The sculptor is called Carlos Benavidez, and it was the one who made, in addition to his career abroad, the busts of San Martin, Belgrano, Borges, Cortazar. It is no coincidence that the athletes of the Paseo de la gloria, are carved by the same hands that commemorated these heroes as undisputed for our country as every athlete is in his discipline worldwide. Sport moves masses, unites society in the good and bad. Paseo de la Gloria is an urban response to a purely social action. It is a more than so many initiative that should arise to value our glories in all disciplines that contribute to our culture to a greater or lesser extent, and therefore, make us grow as a society, understanding the concept of respect for those who leave their mark and give everything for the Fatherland. Talent is celebrated in life.

For girls with thick arms...

Muscular if or not?

What is the best way to iron?