I think fervently there was a time when we were happy... 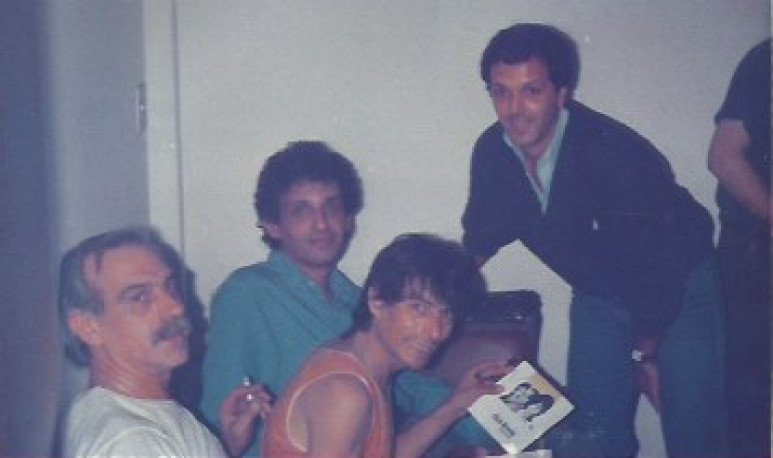 “And yes, today they're going to read a narrative of an exact moment in my life. I'm going to tell you, (those of my age will understand it easier) and the youngest I demand that they go right now to   YouTube   and know what is the music of one of the founding groups of   rock argento   . I'm going to treat them as a quartet, given that Godoy was in the original formation.

It all started in Quilmes in 1967, with the name Mach 4 and singing in English songs Beatles, Rollings Stones, Kinks and Birds. I remember seeing them in a bowling that was left on Juan B. Justo Avenue, near Lope de Vega; it was called Zogalu and it was the name of the owner in the other way, Galluzo. In 1971 Manal edited what for me was the first and never surpassed conceptual work “La Biblia”, leading the theme “Present” to occupy 7th place and “Libros Sapienciales” to the 16th among the best Argentine songs in history.

In November 1986 they performed at the Opera Theatre, and thank God I could be a witness. The lights go off and you see three beams of light on the stage, Genesis sounds and when Soulé says “And it was the sky” the lights are switched on and two flamethrowers on the sides.
How to explain that moment? Kids with their mouth open, as before an aurora borealis, and big guys like me, crying in complicity, remembering our youth, before the astonished gaze of the youngest, who do not know how far they understood what was happening.

Tears did not stop until beyond the end, and that night I remembered a picture that I took with them in the camarin. Every now and then I look at her and see, feel and fervently believe that there was a time when we were happy.