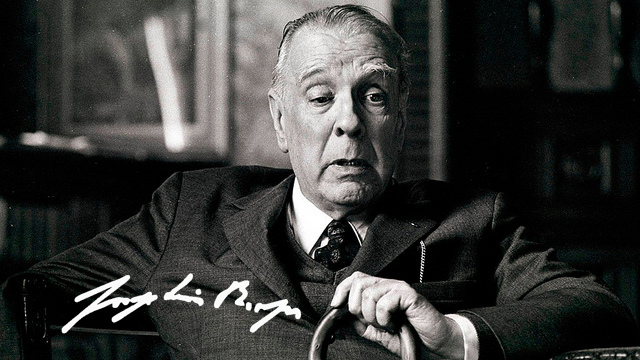 The world is no longer magical. You've been dumped. You will
no longer share the clear moon
or the slow gardens. There is no longer a
moon that is not a mirror of the past,

crystal of solitude, sun of agony.
Farewell the mutual hands and temples
that love drew near. Today you only have
the faithful memory and deserts days.

No one loses (you repeat vanely)
but what he has not and has
never had, but it is not enough to be brave

to learn the art of oblivion.
A symbol, a rose, tears you apart
and you can be killed by a guitar.

won't be happy anymore. Maybe it doesn't matter.
There are so many other things in the world;
any instant is deeper
and more diverse than the sea. Life is short

and although the hours are so long, a
dark wonder lurks us,
death, that other sea, that other arrow
that frees us from the sun and the moon

and from love. The joy you gave
me and took away from me must be erased;
what was all has to be nothing.

is love. I'll have to blame myself or run away.
The walls of his prison grow, as in an appalling dream.
The beautiful mask has changed, but as always it is the only one.
What will my talismans use: the exercise of letters,
the vague erudition, the learning of the words used by the harsh North to sing its seas and swords,
the serene friendship, the galleries of the library, the common things,
the habits, the young love of my mother, the military shadow of my dead, the timeless night , the taste of sleep?
Being with you or not being with you is the measure of my time.
Already the pitcher breaks over the fountain, and the man
rises to the voice of the bird, and those who look out the windows have become darkened, but the shadow has not brought peace.
It is, I know, love: anxiety and relief to hear your voice, waiting and memory, the horror of living in the future.
It's love with its mythologies, with its useless little magics.
There's a corner I don't dare go through.
Already the armies are encircling me, the hordes.
( This room is unreal; she hasn't seen it.)
A woman's name gives me away.
A woman hurts all over my body.

Moons, ivory, instruments, roses,
lamps and Dürer line,
the nine figures and the changing zero,
I must pretend that there are such things.

I must pretend that in the past it was
Persepolis and Rome and that a
subtle sand measured the fate of the hive
that the centuries of iron unravaged.

I must fake the weapons and the pyre
of the epic and the heavy seas
gnawing from the earth the pillars.

I must pretend there are others. It's a lie.
Only you are. You, my misfortune
and my fortune, inexhaustible and pure.

of the ponders and generations.
The days and none were the first.
The freshness of the water in
Adam's throat. The ordained Paradise.
The eye deciphering the darkness.
The love of wolves at dawn.
The word. The hexameter. The mirror.
The Tower of Babel and the pride.
The moon that the Chaldeans looked at.
The countless sands of the Ganges.
Chuang-Tzu and the butterfly that dreams it.
The golden apples of the islands.
The steps of the wandering labyrinth.
The infinite canvas of Penelope.
Circular time of the Stoics.
The coin in the mouth of the dead man.
The weight of the sword on the scale.
Every drop of water in the klepsidra.
The eagles, the fastos, the legions.
Caesar in the morning of Pharsalia.
The shadow of the crosses on earth.
Chess and Persian algebra.
Traces of the long migrations.
The conquest of kingdoms by the sword.
The incessant compass. The open sea.
The echo of the clock in memory.
The king executed by the axe

13 poems to remember Alejandra Pizarnik
These are the benefits of reading
Mercedes Sosa, story of a singer
4 films and 4 songs that pay homage to San Martín
4 cult objects that bring us closer to San Martín
What did Jorge Luis Borges read?
Sandro: 11 curiosities about the idol
Demand and excellence