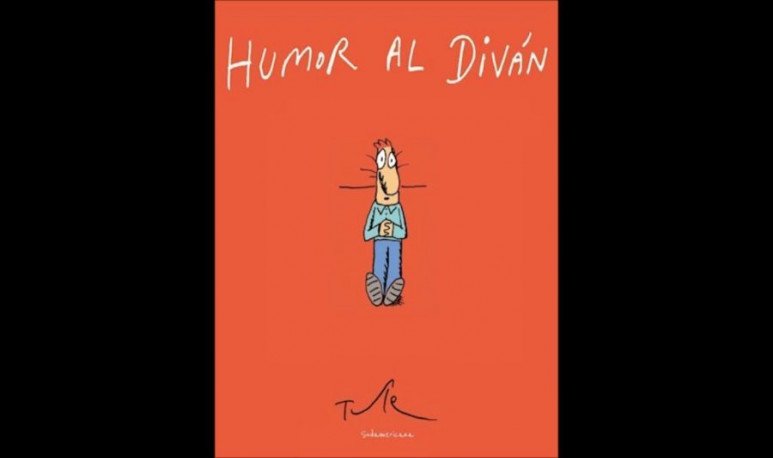 From Freudian times, Humor and Psychoanalysis go hand in hand. Freud defines joke as a formation of the unconscious ( The joke and its relationship with the unconscious, 1905) .Tute also understands it, who pays this theory by presenting his new book “Humor al Diván”, in APA (Psychoanali Association) Argentina). Tute's words: “There is no innocent drawing, everything comes from somewhere...“. There's no doubt that Tute believes in the unconscious. His writing gathers all his jokes related to Psychoanalysis. The humorist addresses all kinds of issues related to the world “psi”, among which stand out the llant, love, resistance, by his role mother/parents, and denotes a particular interest in the complex patient/analyst relationship. The humorist was honored in APA with the presence and words of Andrew Raskovsky (outstanding Argentine psychoanalyst, son of one of the founders of APA,) who, with a strong sense of humor, evoked both parents : Caloi  and Arnaldo Raskovsky  , saying: “According to Freud, success is to go beyond the father: impossible task for Tute and Andrés Raskovsky...“The reading of “Humor al Divan” is undoubtedly generating laughter... and nothing more psychotherapeutic than laughing. Thank you Tute for this attempt to heal us!