Home Argentine Cambalache Having a pet decreases the feeling of loneliness in older adults.

Social research work showed that “the company of a dog or cat contributes to the physical and psychic well-being of the elderly.” 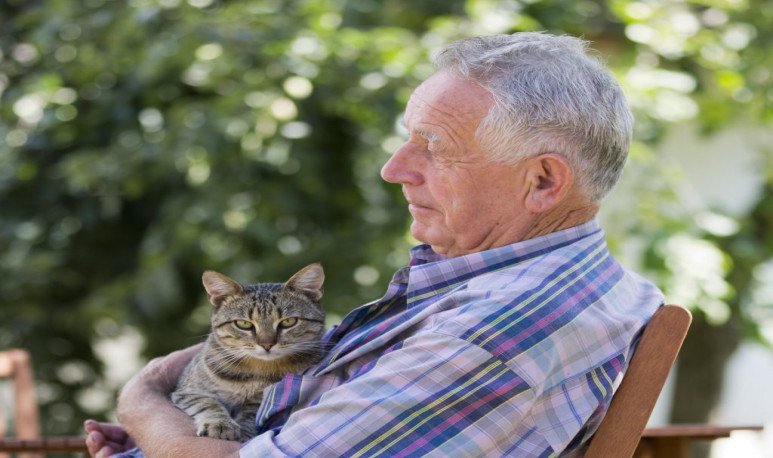 By: Redacción
Having a pet reduces the feeling of loneliness in older adults and in some cases even reduces the feeling of boredom and improductivity, recent studies from American and European universities concluded. Social research work showed that “the company of a dog or cat contributes to the physical and psychic well-being of the elderly.” For example, a 2014 study by the Department of Psychiatry at the Medical Center of the University of Rochester, United States, sought to describe the association between patients with pets and the feeling of loneliness that appears in older adults. American researchers found that older adults who lived with their dogs or cats, on average, had “three times less chance (36%) of being invaded by these sensations thanks to their pet.” They also proved that “pet holders can see diminished the physical and psychological consequences that those feelings bring about, such as cardiovascular problems and depression.” According to studies, the presence of dogs and cats “also favors older adults who live in the company of others in nursing homes”. Sandra Wesenberg, researcher at the Faculty of Education at the Technische Universität in Dresden, Germany, said that those elderly who received therapy sessions with dogs for six months “had longer periods of attention and conversation with people around them than those who were treated only by a therapist.” Scientists at the Massachusetts General Hospital (MGH) also analyzed differences in brain structures that are activated in women when they see images of their children and their pets. The study showed that the brain activity women experienced when seeing their children was the same as when they saw photos of their dogs. “The benefits that a pet generates in people are not only psychological, but also physical,” the researchers concluded.