Home Argentine Cambalache Gabriela Mayer and a book of stories about helplessness and survival. 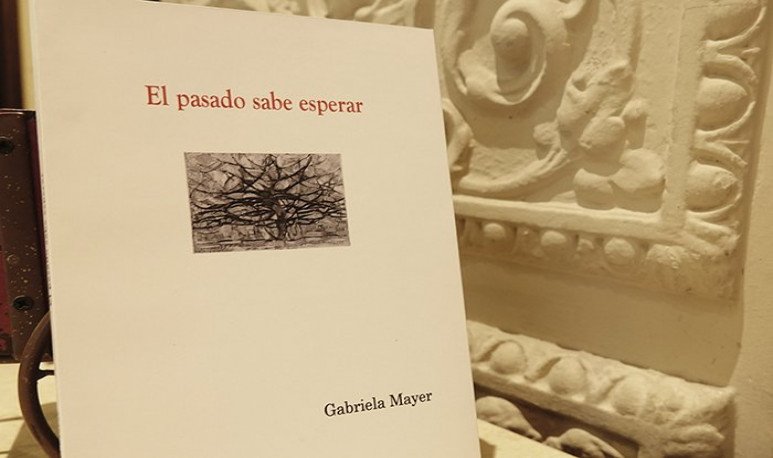 By: Redacción
The book “The past can wait” brings together twelve tales by Gabriela Mayer that make up an urban landscape populated with quixotic characters, ordinary people, sometimes marginal, who “do not resign to their destiny and decide to challenge it, sometimes as a deliberate decision and others simply launching on that path”, as the author assures. If the stories published by Alción have a common denominator, this is that “the characters risk playing a hit at a destination that does not make them,” says Mayer, whether she is a girl who discovers a ritual to evoke her dead mother, a woman who lives with a plant that grows day by day in her body or a man who runs tirelessly around a square. Those protagonists may be the old women who share a house without knowing each other, “they decide to challenge chance even knowing that they have enormous chances of losing and in that rebellious impetus, which can lead them to the limit, I found a narrative material that caught me,” says the writer. “The past knows how to wait”, the title of the first story that gives its name to this volume, arises from the author's conviction that the past, memories, or memory act in a fortuitous or random way, “to offer us the possibility to reflect on it, fictionalize it and even rewrite it.” “One may be interested in fictional universes that revolve on totally alien issues, but in the end it also ends up looking back, remeeting with its own history, its own environment. Or that's what happened to me,” says Mayer, a degree in Communication and author of the short story books “Transparent Signs” and “All the low blinds, but one.” Some of these stories pass through the center of the city, others its margins, a powerful geography that appeals to the reader and that the writer took from her daily life: “I am very much attention the stories that circulate in a city as multifaceted, contradictory and contrasted as Buenos Aires,” he explains. Get through it to start finding characters everywhere.” The cruelty of life and the existential abyss, that discomfort that in life is as natural as illusion, inhabits these tales. “It is born of the loneliness or misunderstanding that many characters suffer,” says the writer. Like the widower who does not accept the death of his wife or the girl who dreams of getting rid of his stepfather's mistreatment.” “I speak of helpless figures,” he reflects, like the Bird, a search that survives day by day” and that appears in three stories and that in one of them, “Thursday of the armchair”, tries to cross the city carrying an armchair he found surging around the center, a discard that for him represents a real treasure. “Like the Bird, I always look at things people discard, it's something that makes me very curious,” says Mayer, and that serves as a raw material for many of these stories.Source: Telam