Home Argentine Cambalache First guide so you don't flash when you talk to a child under 25.

First guide so you don't flash when you talk to a child under 25. 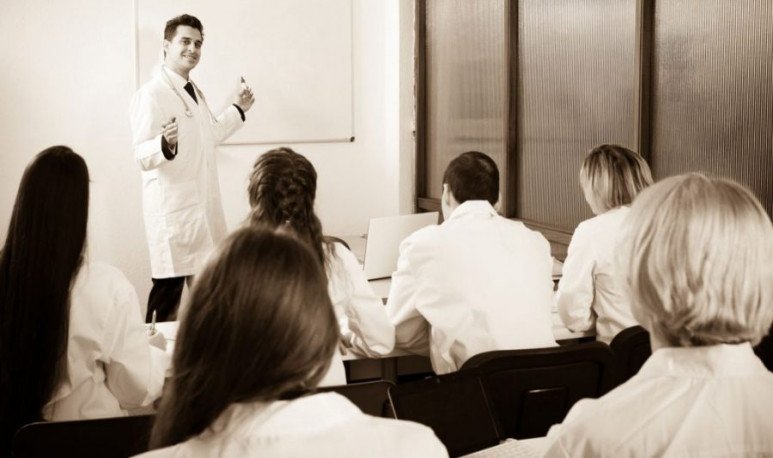 You don't understand three out of five words that your son, daughter, nephew, goddaughter, etc. You know that the base is Spanish, and that when you speak, he understands you (it does not give you ball; but that is another subject). Don't despair. You were the same in your teenage years.

Here we give you a little guide so that you do not flash (“flash” ceased to be “hallucinate”, to become “confused”) anyone in the harmonious day to day with a minor.

“ Sliver”: say about any event, situation or thing that is not very good.

“ Bajon : While it is close to continuing to mean “abstinence caused by the lack of use of hallucinogenic substances” (which later led to hunger), it currently refers to “hunger”, smooth and flat, at any time and caused by lack of food intake. They made it a little more naîf.

“ Bolo” does not correspond to the food bolus that we study so much at school, but to bowling. For you to understand: boîte, disco, disco.

“ Bait.” Nothing to do with the famous Argentine infusion, but it indicates the high desire generated by some plan.

It is not much, but if you have patience, from this column we will be translating the language of your children, so that you do not eat a bad trip (ugly or uncomfortable situation) when you try to make contact with them.

Centennial Dictionary from A to Z.

In line with the above here we bring you the definitive dictionary so you can understand teenagers.

ATR:  At full pace. It was popularized by cumbia singer Pablo Lescano.

Ah re:  It is used at the end of a sentence to resort to sarcasm. It comes from “Ah re the opposite of the above”, but it was shortened.

Bee:  Nickname intended for a person who is considered heavy or annoying. Use as an analogy the annoying buzz of bees.

Bardar:  Insult or fight. It was previously associated with the idea of “making a mess.”

Bro:  Dude, both man and woman. It comes from brother, brother in English.

Helpface:  False or sober. In the past, the same term was used to refer to a Cheta person.

Cut:  The new “type”. It is often used by trapperor Duki.

Crush:  Hook, fall in love. It's an anglicism.

Cringe:  When something causes someone else's shame. In English it is used to express displeasure.

Arugula:  Great, spectacular. It was popularized by a group of youtubers.

Route:  Similar to “de arugula”. It is another way of responding in the affirmative to something and imply that it is very good. They started using instagramers.

Dea:  It is the new “ah re”, it is usually included at the end of a sentence. It comes, in turn, from “Ndeah”, which is how to shorten “No idea”.

Flashing: Hallucinate , imagine something crazy, even if they are also used to express confusion.

Flama:  Very good, copado. He started using a youtuber and then popularized by Alexander Caniggia.

Rubber:  To refer to someone who is heavy or too insistent.

Hater:  Person who uses the networks to transmit an offensive message. In English you mean hater, the “haters” emerged from Twitter.

Intense:  Another way of saying heavy.

Fuck/Are you screwed?  : Festia/Do you really tell me? Are you making me a joke?

Devil Mode:  Be crazy, excited or excited about something. It was popularized by trap singer Duki.

Man:  Chabón or friend. It comes from “man” in English.

Normie:  Nickname for the person who uses everything that is fashionable.

Rat boy:  Spend a lot of time to the games.

Ñeri:  Apheresis as a partner.

Otaku :  Person who looks a lot of cheerful, manga fan. It comes from Japan, it's a popular term in that country.

Spicy:  When someone is considered a genius. Previously it was used to refer to a person or situation, depending on the context it could have to do with something violent or exciting.

You want cheese?  : Ask, sometimes derogatory, what is done to someone to identify him as gamer or “rat child”.

RT:  Expression to state that one agrees with what someone else said. It comes from Twitter, that means retweet.

Skere :  Phrase cap, is used to add positivism to a plan. It comes from a deformation of “let's get it”, which translates as “let's get it”. It was popularized by a Colombian trap singer and youtuber named Lil Pump.

Same:  Like RT, it is used to manifest that one matches what someone else says. It's coming from English.

Shippear:  Believe that two people make a good partner or support two people as a couple.

Tuvi:  “Your old lady,” is used to say “not crazy.” It is often used by the youtuber Martín Cirio who calls himself “The Pharaona”.

A band:  A lot. A band of people involves a large group. That's why it became synonymous with “a lot” or “a lot”.

Twenty-four seven:  All the time. 24 hours a day, seven days a week. It was popularized by Residente, the singer of Calle 13. He uses it on the topic “For You”.

Wacho:  Similar to “Man”. Another way to say chabón or friend.

XD:  Similar to “lol”, way to manifest that something is fun. It's a WhatsApp emoji that forms a happy face. Over time, in addition to writing it began to say: equis de.

Zoomear:  Zoom in, zoom in to an image or video. It's coming from English.