Galleries and buildings. Ancient, avant-garde and picturesque. The City of Mendoza is marked by the most valuable architecture. 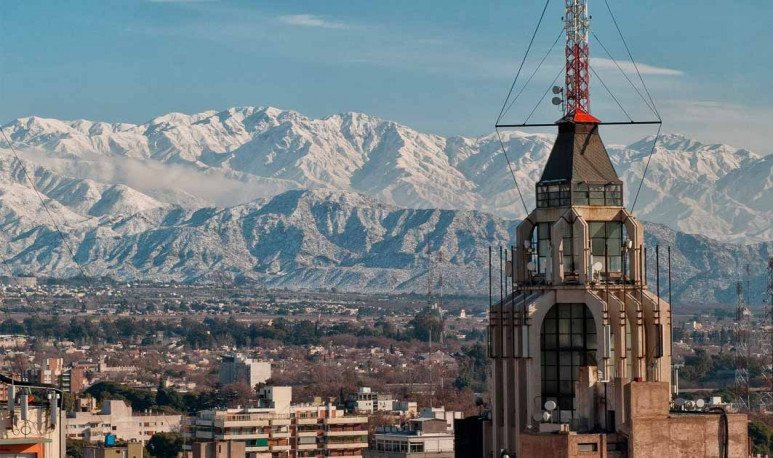 When years of stability and progress passed in our province, with governments led by Mendoza who worked honestly with what achieved the support of citizens; professionals, workers and entrepreneurs mostly incorruptible, it was achieved that the construction industry overturned its valuable support to  modernize our capital city .

That was done by the construction of  valuable buildings and shopping galleries  that coincided with the creation of the Horizontal Property Law which allowed the first  apartment buildings to be built in our city. .

This was realized in General Paz 69, by a real estate firm in the Federal Capital, in the 1950s on land that had been occupied years earlier by the Provincial Health Directorate.

It was the first horizontal property building in Mendoza, with a simple front and apartments with spacious environments and the most modern amenities. They went on sale in small installments in the long term, but did not have an immediate favorable response from Mendoza, accustomed to living in large environments houses, patio and corridors.

A few years later, Sanjuanino builder Don  Isaac Kolton built the second building  — under the protection of the same law — in Rivadavia at 20, on land where there were old houses and some small shops.

Kolton, with commercial skill, quickly sold the apartments; with the support of a wide advertising campaign he immediately projected new buildings on central land that sold in long-term accessible installments very successfully, allowing him to build more than fifty buildings in our city.

To learn about the new generations of Mendoza, in the corner of San Martín and Amigorena, an individual arranged for the construction of the apartment building on the ground where the Tomás Godoy Cruz National Normal School operated, cradle of the first teachers from Mendoza.

On the corner of San Martín and Montevideo attended the National School Inspectorate in an old mansion where teachers entered through an old zaguán with a canceled door over San Martín. This old house was owned by a Mr. Criscitelli, who demolished it and built the current commercial building over San Martin and forty meters from Montevideo.

On the corner of Saint Martin and Garibaldi there was a brewery that cared for in an old marinade house and some small business.  Mr. Juan Gómez bought all the land on San Martin and Garibaldi,  where he built the current office building with entrance by Garibaldi 7. It was the first headquarters of Canal 7, which opened on the fourth floor. The premises destined for trade gave a lot of public movement to a corner that, for those years, was not the center.

The large building of  Correo Central  was built on land donated by the Municipality of the Capital, where it had free public bathrooms with large swimming pools and comfortable services on the corner of San Martín, Colón, 9 de Julio and Infanta Mercedes de San Martín. Then, the Correo was in old mansions on Calle General Paz and Chile.

On the grounds of José V. Zapata 63, the building of the Regional Sanatorium was built, with the best comforts, which is currently considered to be the best.

Opposite and at the same time, López Vilches arranged for the construction of the current apartment building and commercial premises on land where there were only old houses and wastelands without closure, allowing the Centre, which ended in San Martin and Sarmiento, to spread.

These are just a few examples of the many buildings built in the middle of the 20th century, as well as constructions made by the Province Government that changed the physiognomy of a small city to what is today our Capital.

Although it seems doubtful today were years of a  healthy economy , widespread corruption was not known in public officials, politicians and entrepreneurs who allowed tenders or doubtful businesses; there was a culture of work, there were no subsidies or prebends, they were responsible workers and workers, because they were companies with their own capital and provincial and municipal governments that controlled operations because they were in the hands of honest men who often left the poorest civil service because they had neglected their private interests.

Most of the buildings built were financed by family companies and public limited companies with healthy capital to meet the cost of the work undertaken. Exceptionally, some of the most important buildings were supported by Banco Hipotecario, El Nación or Mendoza and never allowed the influence or intervention of public officials or politicians in their banking operations. The positive result was that buildings were built in the time committed because the agreed prices were happily immovable and “adjustments” were periodic and could be foreseen; materials and labour did not suffer the harmful effect of inflation and bricklayers, workers and technicians worked every day as there were no stoppages surprise or strikes run by trade unions or politicians on duty.