Debris of our history

In front of Lezama Park, today there is a construction that witnessed good times, and the others too. But not for much longer. 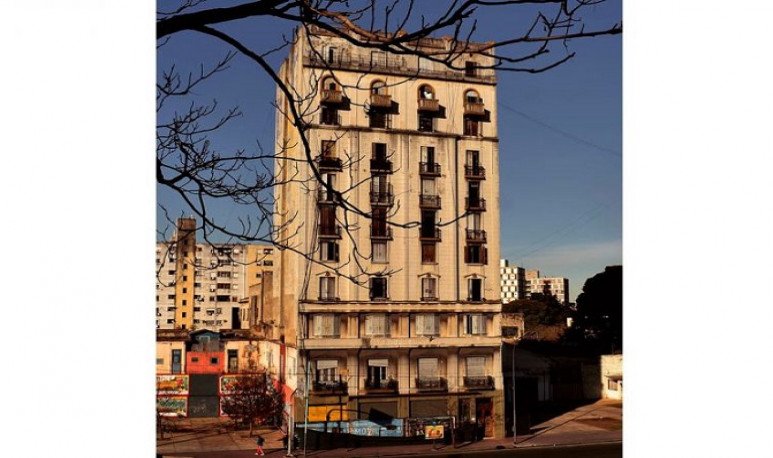 At one time, the south of the city of Buenos Aires was beating with another force. In front of  Lezama Park , today there is a construction that witnessed good times, and the others too. But not for much longer.

The  Marconetti   building  was built in 1929 and was designed by Basilio Dávoli. From the architectural point of view, it has a particularity that skips into view: in each of its ten floors, it has balconies with completely different styles. The history of the property is transmitted since then by the word of mouth of the neighbors.

At first, the building was built to house the family that gives it the name, owner of the factory behind, where they produced noodles and oil. Its second floor became the seat of the Greek Consulate and, they say, also had his offices there the tycoon  Aristotle Onassis .

Over the years, their inhabitants changed. In  the 1970s and 80s ,  Marconetti was considered one of the shelters of the under porteño movement. They called it “ the artists' building ”, because musicians, painters, actors, journalists and writers lived there. Some still remember when Miguel Abuelo played in Lezama Park and then crossed the building, just like Charly Garcia did.

In those years,  Marconetti  also witnessed one of the saddest parts of our history. A plaque on his forehead and a tile on the sidewalk pay tribute to the  missing  militants Cristina and Néstor Morandini, brothers of former national senator Norma Morandini, who were kidnapped in the building by a task force during the last military dictatorship in 1977.

Then the abandonment came. In 1985, the property was expropriated by the then Buenos Aires municipality and since then it was inhabited by people who the Justice described as  usurpers . Finally, the  Marconetti   building  was in the middle of the city's growth plans. In its goal to expand the  Metrobus  del Bajo , the Buenos Aires government plans that the exclusive lanes reach La Boca and, for that, it is necessary to modify  Paseo Colón . The  Marconetti  awaits the worst of destinies: its  demolition  is imminent.

There are, however, stories, moments and memories that evolution will not be able to bury.