A young architect from Chubut was recognized in Milan for his project. A modern building with wave facade and built on the sea. 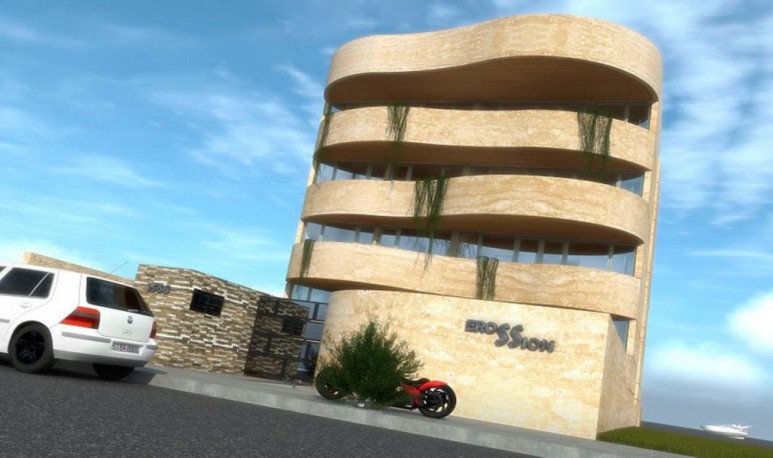 The construction of the Erossion building in Puerto Madryn is a creation by architect  Arturo González Getino . This project was awarded in Milan among the best designs in the world in the category “small rise residential buildings”.

The idea of Erossion was to show the imprint of the Madrynense landscape and its peculiarities. Taking care of its incorporation into the natural environment and the roots of this young architect's idea-project.

Erossion in the words of its author

This building emerges claiming its origins, appealing to  organic forms , product of water erosion on the Madrynense coast. It gives rise to the ravines, represented by the main facade of the building. At the same time, the facade towards the sea represents water, waves, achieving a balance of parts. It proposes a symbiosis between the functions and sections of the building and, in turn, between the building and its immediate surroundings. It seeks to mark a balance between water and earth.

The building has in its  back block , that is,  in water ,  social, public and expansion areas . This is because of a logical question of visuals towards the sea, and the time that its future inhabitants will remain in those spaces.

In the  front block ,  the earth,  private and rest areas were located. To do this, this element is materialized using hanging gardens as a first-class thermo-acoustic insulating resource. These will serve, in turn, as protection both from the bustle of the street and the low sun of the west.

This project  raises the gap between the two blocks  to give all inhabitants  spaces a double orientation  . Also, cross ventilation and greater acoustic insulation between the various areas, proposing in the center a core of services to supply these spaces.

The pools were strategically located in the areas with the greatest prolonged solar radiation. At the same time access was allocated to garages on the most unfavorable side by the shadows projected by the neighboring building. 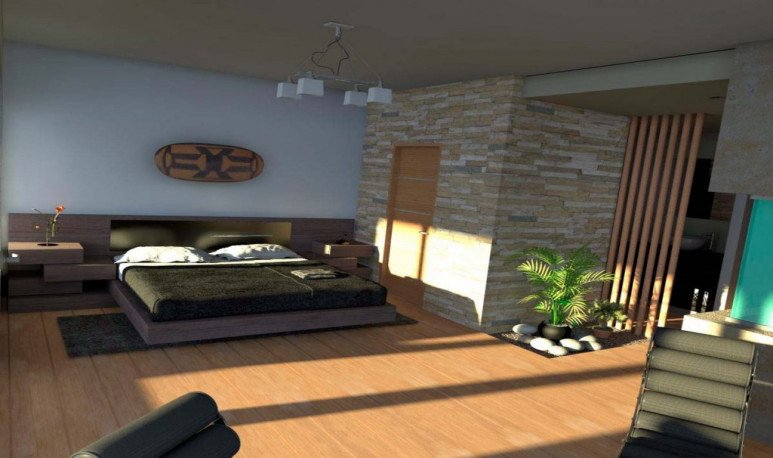 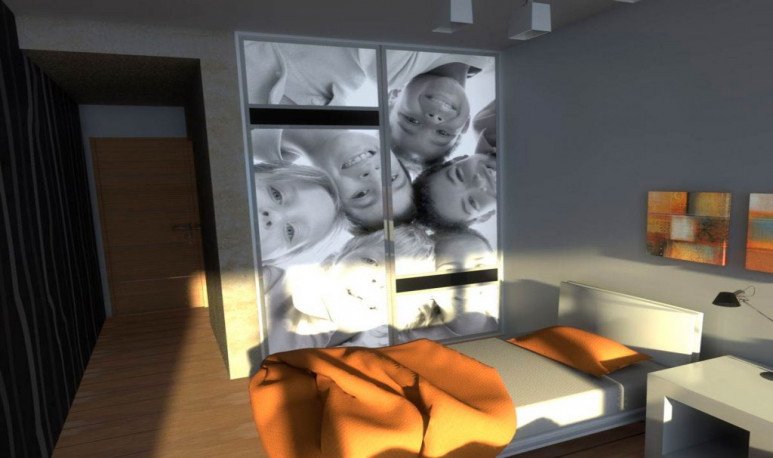 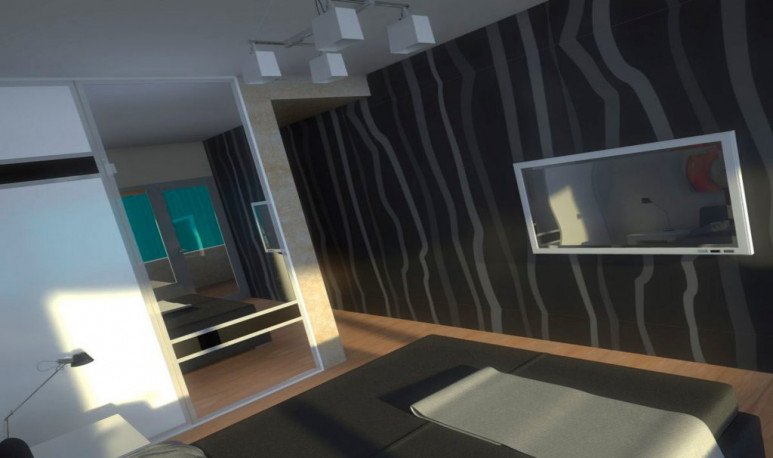 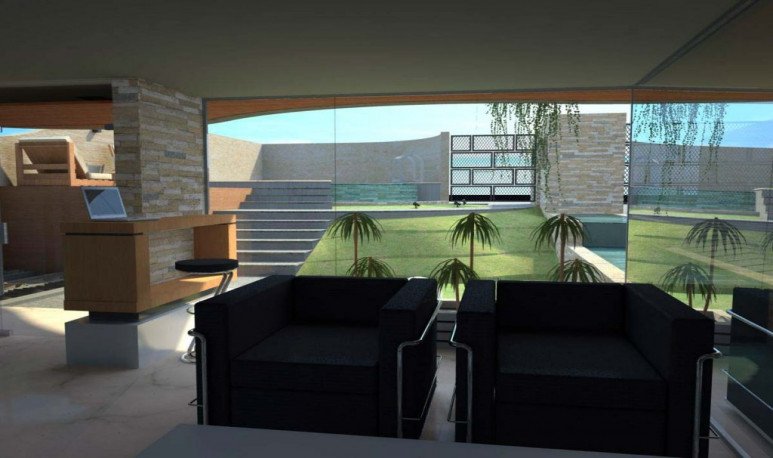 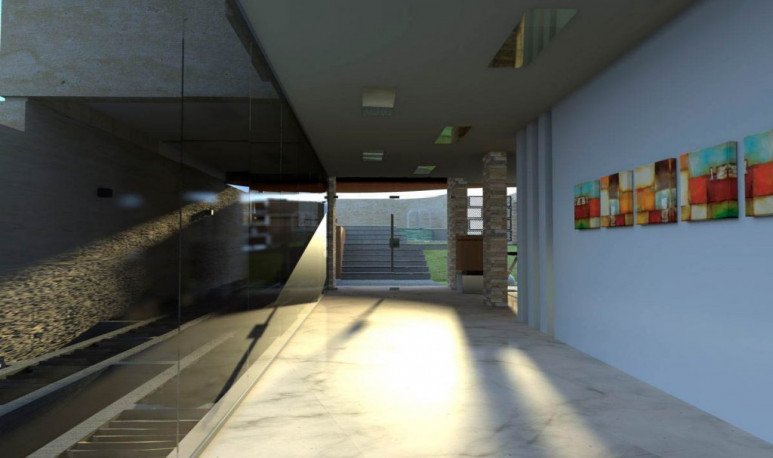 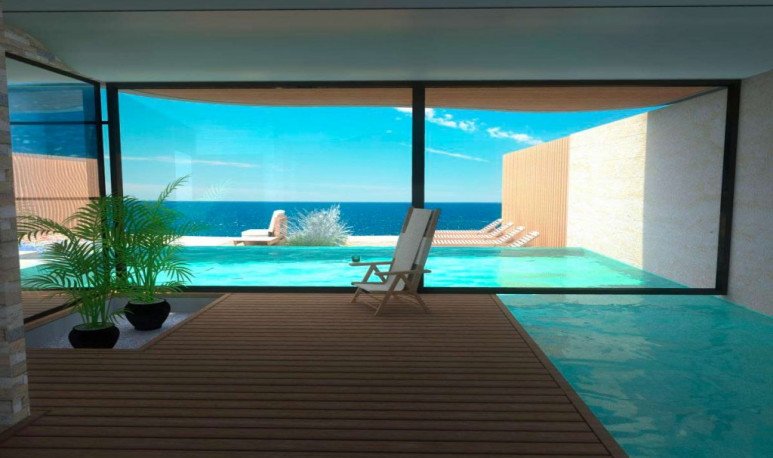 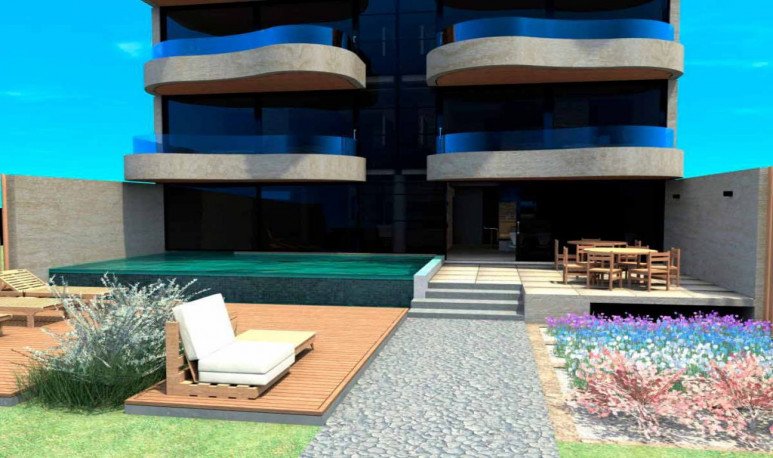 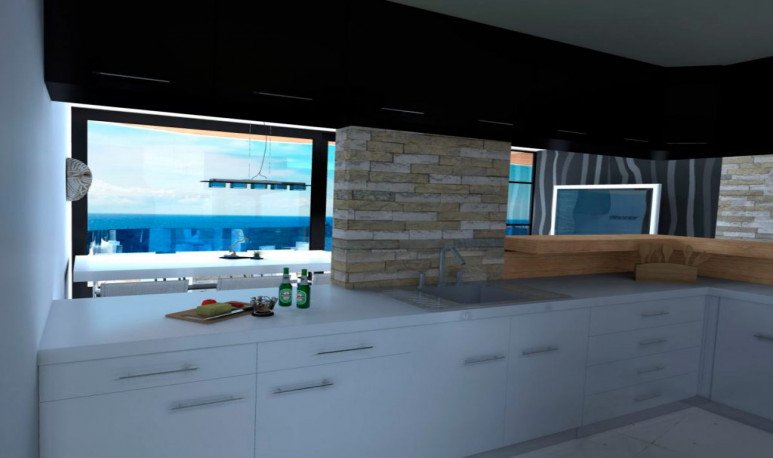 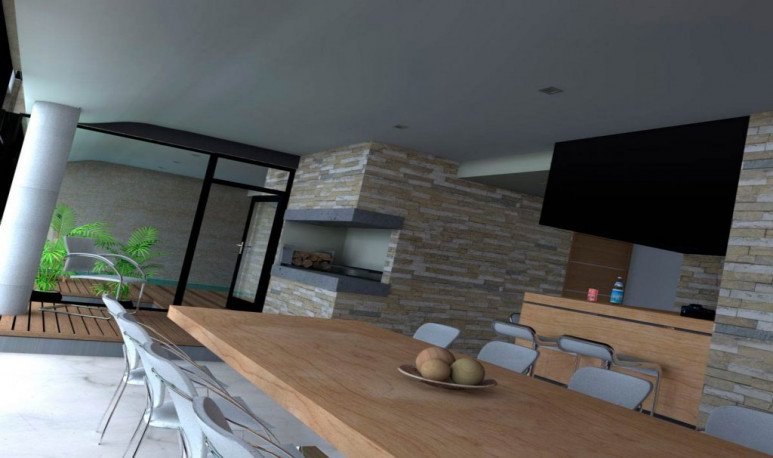 Materials  were chosen that emphasize the idea of nature and warmth, such as stone, wood, similar earth coatings and vegetation itself, part of the landscape that finishes defining the sinuosity of the building.