Home Argentine Cambalache The right man for the task

The right man for the task 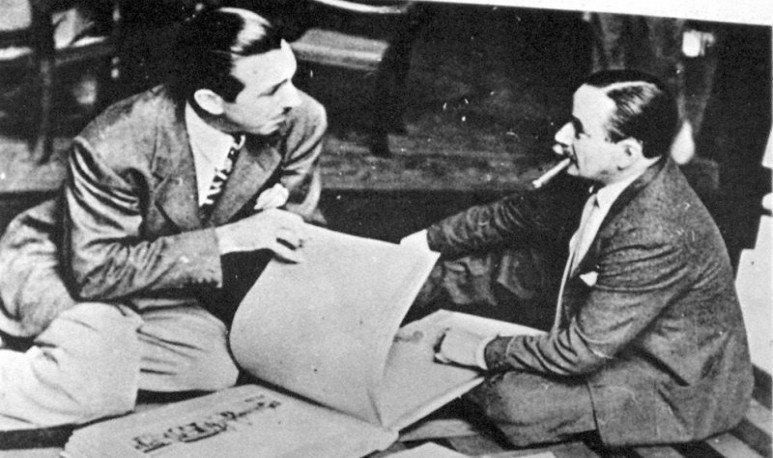 Maria Elvira Ponce Aguirre is alone in her house taking  mate . Suddenly, the phone rings. It was 1941, and calls are quite uncommon at that time, especially long-distance ones. Her husband is on the road and gets nervous right away; he's worried something happened to him. He hurries to attend and meets a voice that, in a Spaniard with an Anglo-Saxon accent, announces that he will soon receive an unexpected visit. Turns out Walt Disney himself is traveling to meet her husband. Elvira's husband is called Florencio de los Angeles Molina Campos.

A little about Florencio Molina Campos and his works

This famous Argentine  painter  belonged to one of the most traditional families in Buenos Aires, which meant that he had several rooms and fields outside the city. These would never stop inspiring him. In fact, the imprint Molina Campos gave to her works made them simply unique. Anyone who sees them, as little as they know about the subject, instantly recognizes them. His costumbrista portraits of life in our pampas are stories made with strokes: they speak, transmit, tell stories. They talk about our country, and at the same time they talk about the human race, about  nature , about a special sensitivity with which to perceive the world. They are both funny and accurate; real day-to-day cartoons in the fields. With their color palettes and shadows they express a certain innocent melancholy, without neglecting humor. They have a marked friendly dye without neglecting the technique, so impeccable and accurate. By the beginning of the 1940s, Molina Campos already had an international reputation. He had already made exhibitions at  Sociedad Rural Argentina, published the series Flintstones Creollos  in the then renowned Argentine newspaper  La Razón,  and had been appointed art professor by the president of the nation of that time, Marcelo Torcuato de Alvear  .   Perhaps the most important thing has been the manufacture by Molina Campos of the almanac that would put it under the reflector: that of Alpargatas, S.A. These are twelve works that portray the life of the gauchos, and almost every Argentine has seen at least one of them.

The meeting with Walt Disney

For all this we have mentioned, it is not surprising that Walt Disney himself has generated an interest in the Buenos Aires illustrator. After talking with him, he summoned him to collaborate with Disney studios as an advisor for a series of cartoons with gauchesca aesthetics. He was undoubtedly the right man for the task. He was hired from 1942 until the mid-1950s, and from this lucky participation great scenes of universal animation came out. We can mention the film  Greetings, Friends  (1942) set in South America, especially the segment “The Gaucho Goofy”. The feature film  Los Tres Caballeros  (1944) was also made, which has the help of Molina Campos especially in the segment “El gauchito volador”. What is more, if we look at the film  Bambi  (1942) with enough detail, we should not be surprised to discover a wide range of similarities between its landscapes, flora and fauna and those of the lake  Nahuel Huapi  in Rio Negro, in Argentinian Patagonia.

Anyway, there are people who leave a mark, a legacy, a story. Florencio Molina Campos left immortalized small scenes of gaucha life that are much more than artistic pieces. His talent also served to give testimony to a place, an era and a lifestyle that has so much to do with what makes us Argentines.