Home Argentine Cambalache The milestone of the triple border

The unity of three nations that goes beyond a political or geographical boundary. 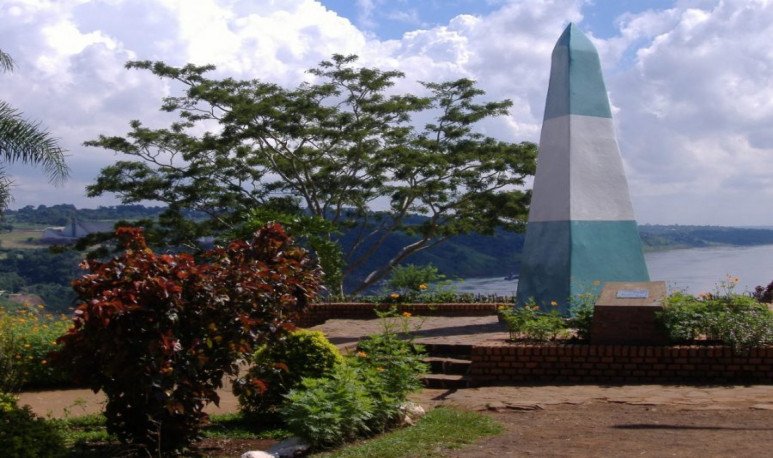 A landmark is a stone pole or any sign nailed to the ground that serves to delimit a territory, indicate distances or direction of a path.

When the scale of the delimitation it represents is considerable, encompassing a province or, in this case, a country, it probably triggers in the valuation of it as a monument. Whether it is designed, more or less representative, it will hail people's attention and everyone will want their selfie with this construction. The word  milestone  also has another meaning, referring to a point event in the history of something that marks an important moment in the development or process of the site or what it refers.

This is how the  milestone of the three borders , located one in   Puerto Iguazu , Misiones , Argentina; another in   Foz do Iguaçu , Brazil and of course another one in  Ciudad del Este, Paraguay , is loaded with a symbolic history as extensive as the border. Where on three similar coasts geographically, separated by just one river, a different country was born, with different cultures. And these  3  obelisk s  in each sector seek to support this geographical unit, counteracting the social limit, although each representing its territory, but generating conceptual and representative unity.

It is no accident that an obelisk is the construction chosen to represent this monument. An obelisk is a stone monument shaped like a pillar, square section, with four equal trapezoidal faces, topped with a small pyramid. The ancient obelisks were carved from a single block of stone, known as monoliths. The latter are also stone elements, but natural, referring to a geographical accident.

The value of all this is in a geographic and social context of triple frontier, with dualities about territorial unification or border boundary. Opting for an obelisk as a monument in each country seeks to unify culturally based on an objectual decision -with a similar element in each one- and to be friends with nature, not ignoring that the geographical boundary exceeds any sociopolitical division.

How to paint a picture