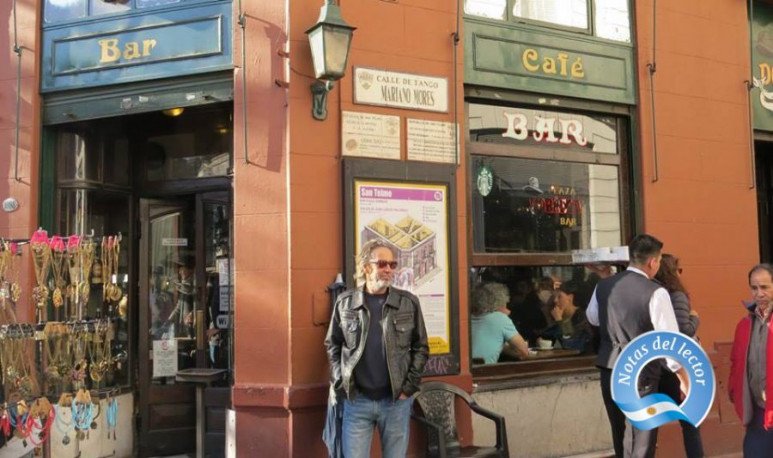 “ When the power of love overcomes the love of power, the world will know peace .” Jimi Hendrix

It is not easy to interview a man like Scott Hamilton Thompson; a jazz-publicist born in New York; has worked for the most important television networks and newspapers in the United States, Germany, Spain, interviewed the greatest musicians, writes for the most specialized jazzy media outstanding, and also for Palybill -a total, to this day, of 80 invaluable notes.  He is one of the pioneering members of the Jazz Journalists Association.  He's also worked on radio. What to ask him ...

__ What is it like to be a publicist and what difference does it exist with a representative or manager?

__ These are totally different jobs. A manager gets Gigs, shows and makes money -laughs - an publicist makes an artist known and recognized and brings him closer to the best possible media, both written and radio and, at present, electronic such as Spotify, iTunes.

__ Jazz is the art of improvisation. A jazzy musician can play any rhythm.

Who do you listen to?

__ What do you think of women and their cry for equality?

__ It is fair that they win the same as men, it is valid that they refuse to be subjected or mistreated. Urgent law must be enforced in order for these abuses to end. They're as free as men. We are all human beings without distinction as to sex, race or religion. I embrace all races and creeds.

__ What do you think about jazz in Argentina?

__Jazz in Argentina is attracting more followers every day. And, at the same time, these new enthusiasts are spreading to others and spreading this wonderful style of music in previously uncontemplated countries, such as Argentina.

__Argentina has wonderful, extraordinary musicians, I would say, and even internationally recognized. It's no wonder jazzy has arrived to stay. Walking through the streets of Palermo, enjoying its barcytes, fairs and its people, I met, surprisingly, with Alejandro Lerner, who is a great singer and composer.   In your country, music is in the air and in its streets!

__ Do you have Argentine customers?

__This year I had the great honor of working with Argentine pianist Pablo Ziegler - Pablo Ziegler Trio won a Grammy in 2018 as 'Best Latin Jazz' Album with “Jazz Tango”. Ziegler continues to develop his style of Nuevo Tango, having played side by side for years with the legendary Astor Piazolla.

I recently added a new client to my payroll, pianist  Scott Martin  and I am in charge of his new CD  “Alone at Sunset”.  The release includes the exceptional participation of sweet Argentine vocalist  Josefina Méndez  . She plays “That Sparrow.”I had the pleasure of meeting you in person with her family a month ago in Pilar. Mendez has a beautiful CD called  TODO ARRIVE .

It is worth mentioning the vocalist/singer, also Argentinian,  Alejandra Condomi Alcorta  with whom we are still talking. Condomi Alcorta has a wonderful voice and in two months will release his CD, mix of jazz, blues, zamba and some surprises. Her songs are written by her (soloist) with a great musician and composer such as Enrique Francis and is finalizing her details in Jopomusica's studios.

He's lying on the couch at this pub in Palermo. I feel like he left everything in the interview, just like he does at his job. He named passion. He talked about love. He defended women's right to be claimed. Friends, music and peace.

You need to be a good man to slide so much tenderness. Thank you Scott Thompson for so much hope. What a nice afternoon in Palermo! The sun accompanies us without haste or pause.

Proven: pure breeds are more likely to get diseases