Color is not a make-up, but a study of interconnections of volumes and sensations that they generate. 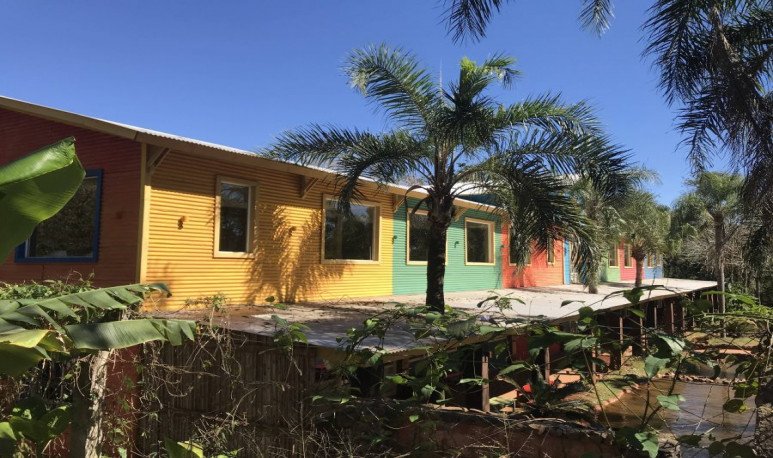 Color is the most important element of aesthetics, but aesthetics is not the only important thing for architecture. Share the podium with functionality, meet social needs, and some others.

While when we talk about colors, they sound like an old acquaintance, an architect is convinced that it is impossible to know the entire possible palette; the more thorough and detailed the combination between them, the more chances of results are obtained. While it sounds dense and almost irrelevant, the differences between the same gamut, when the color application includes a change of scale, or the larger it is, the more valuable this difference in shades will be. An example is the sky: a good storm with shades of gray, or a sunset with pink/orange, are the ones that will make the sight more attractive to the eyes. The bottleneck of color in large dimensions and the example taken, is a diaphanous day, with an even celestial, in which the sensation is not of impact but of immensity or perfection.

All this brought to architecture, is analyzed from the changes in tonalities that it possesses by material, such as concrete, with its range of grays providing porosity and an interesting texture. On a larger scale, greater complexity and more studied should be the relationship between colors, due to the ability of the human eye to analyze and study. It's not a law. A minimal piece can be as complex as it is small, but it will have more margin for error due to the field of perception of the eye, which is more comfortable to analyze a large piece.

Color can and should be used in architecture as volumetries, and not by faces. It is not a maquilage, but a study of interconnections of volumes and sensations that they generate. Both color and lack of color (see works by Mies Van der Rohe, Alvaro Siza, Aires Mateus) are thought out and intentional, being the complement to a sought volumetry; a generated sensation. But never applied to a material with its own identity, invading its characteristics. Color should be thought of as a material in itself, when it is intentional, and respected, on a material already applied.

This is all an analysis. Aesthetics is subjective.

Scarf in the sack

The width of the tie