Home Argentine Cambalache "Education is the greatest challenge we adults have." 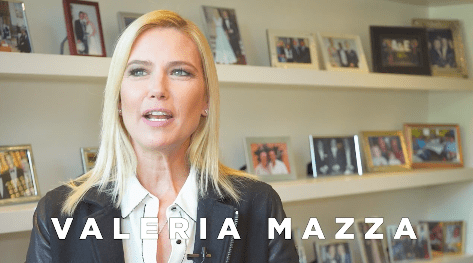 By: Mariano Oropeza
"If I look at him with an innocent heart, I'm surprised at my career, but never at being a mom, because I imagined him as a girl," says Valeria Mazza, a supermodel and entrepreneur, but above all a mother of four and a full-time wife. A woman who defines herself as "Adventurous, someone who likes to try new things. Imagine that at the age of 19, on my first trip to Tokyo, I was able to get to the agency well even though I had the wrong address. That's why I advise mothers and fathers not to overprotect their children because adversity will make them stronger," concludes Valeria, who spent her early twenties in her native Paraná in Buenos Aires and Milan, non-stop. Also before she was twenty, many years before she became the model who played in the same leagues as Claudia Schiffer, Kate Moss and Tyra Banks, or was a successful hostess in Spain and Italy, Valeria discovered a vocation of solidarity that began with the Special Olympics and continued with her sponsorship of hospitals and early childhood homes. Now, together with his professorship at the University of Palermo, he works side by side, mate a mate, with humble teenagers from La Cava, in San Isidro, his neighbourhood, to "transmit to them how valuable they are. (Pause) It makes me sad when you can't see them in the future," he says in one of the few moments when his eternal smile disappears. A strong mine, she argues, which says that "Argentine men think they are a thousand, now that they are a thousand in the house and with their wives".