Home Argentine Cambalache Do you know the Casa Rosada?

Chapter 8 - White Hall: Originally conceived as a venue for receptions, it is the main hall of the Palace due to its functions and size. 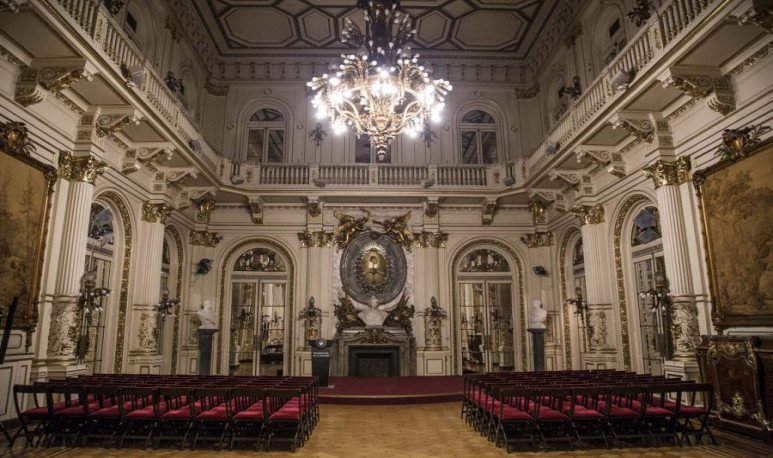 Originally conceived as a venue for receptions, it is the  main hall of the Palace  due to its functions and size. Here the most important acts are performed, such as handing over, by the outgoing  president  , the command attributes (presidential band and staff) to the new president. Oath ceremonies of  Ministers  and  Secretaries of State, receptions of  special guests, signatures of international treaties are also held.

The original design and construction were the work of the architect  Francesco Tamburini . The perimeter columns, with composite capitals (jónic-Corinthian), have reliefs, such as vases, chimeric birds, acanth leaves and the   National Shield   worked in gold to the leaf. The doors that open to the North and South halls are covered with mirrors.

This space is presided over by a headboard or a headboard, that is, an important ornamental front in the form of a fireplace on which is exhibited the bust of the Republic in Carrara marble, the work of the Italian artist  Ettore Ximenes , and the  National Shield made of bronze and placed on a plate of moremarble of different shades. The set is finished by a pair of wooden angels skated with trumpets of glory.

From the center of the salon, hangs an overgilded bronze chandelier, made in   France   and armed in   Buenos Aires  , which weighs 1250 kilos and has 192 lamps. Numerous sconces on the walls complete the illumination.

The Slavonian oak floor was brought from Brussels in 1903 and, in 2010, was restored for the celebrations of the Bicentennial of the  May Revolution .

In 1910, two decorative tapestries from the Aubusson manufacture were placed on the side walls of the hall. Below one of them is a Louis XIV style wardrobe with marquetry of fruit woods and bronze ornaments.

The living room has double height, is surrounded by a balcony or high loggia which, for structural reasons, is not used. As for the doors, from two mirrored sheets, only one of them fulfills its specific function, the others are all false openings. 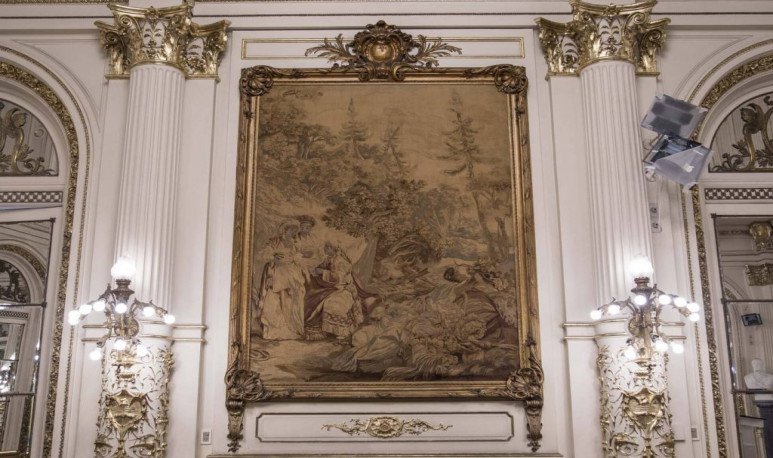 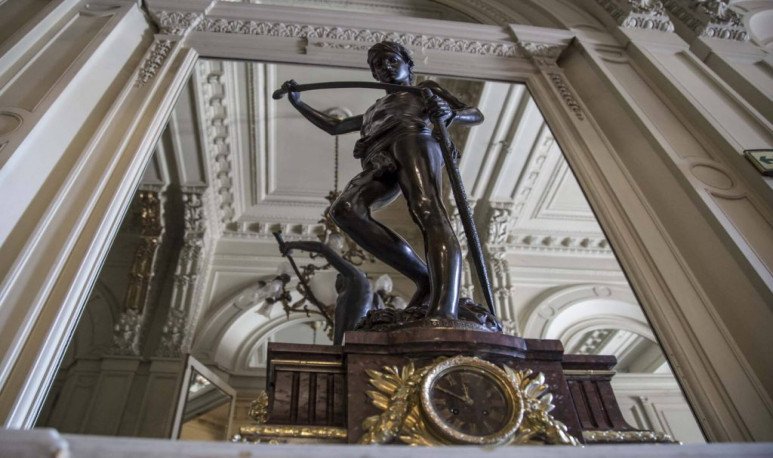 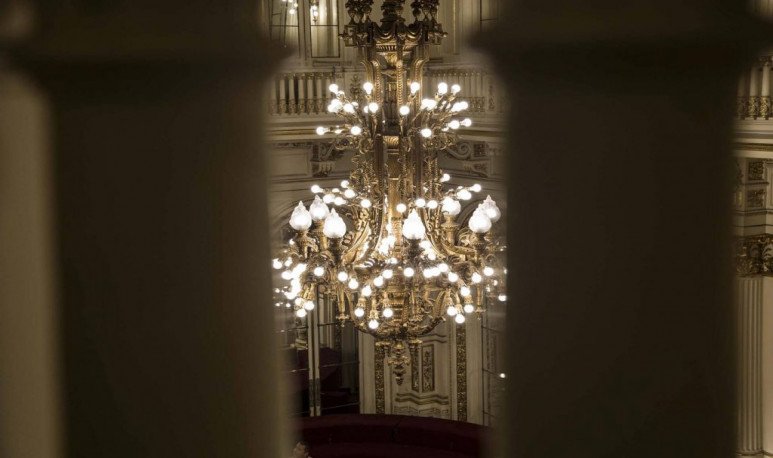 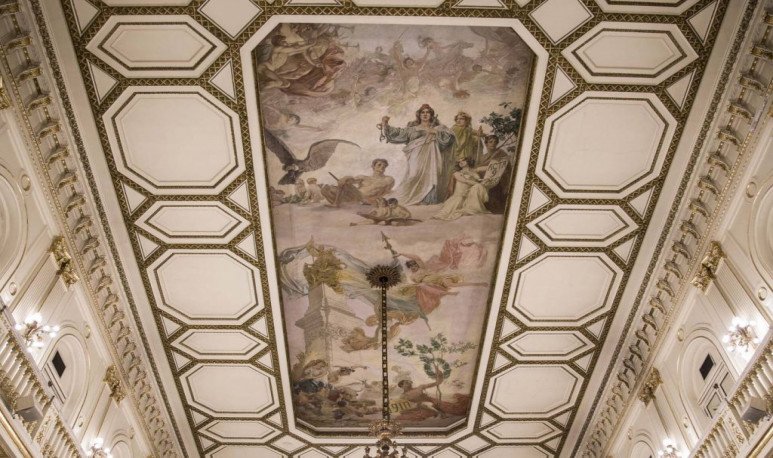 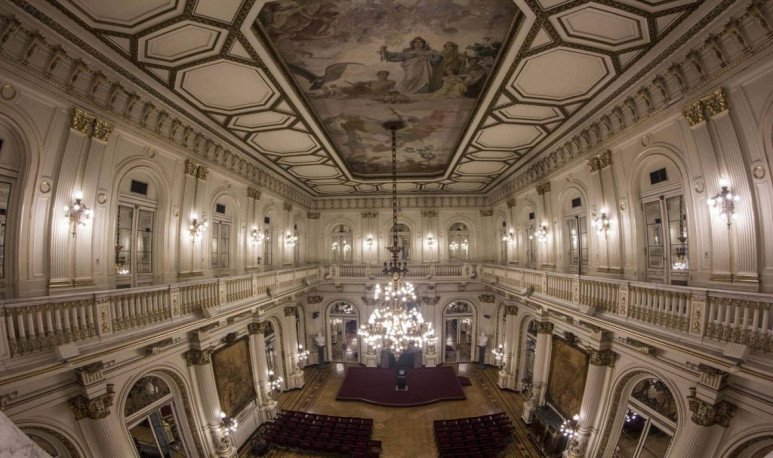 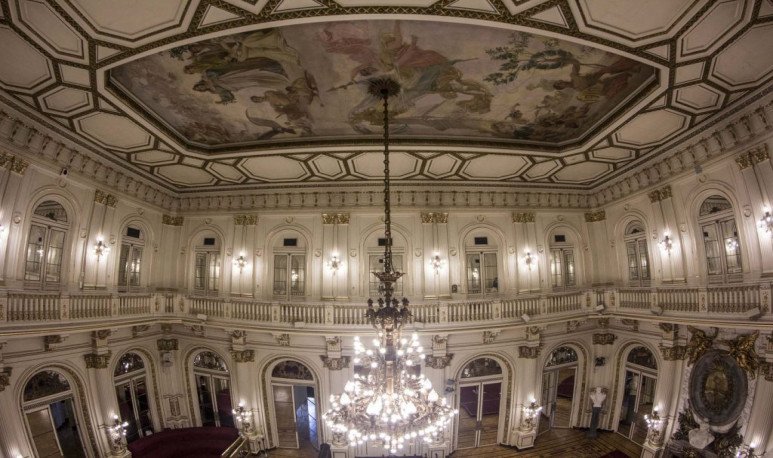 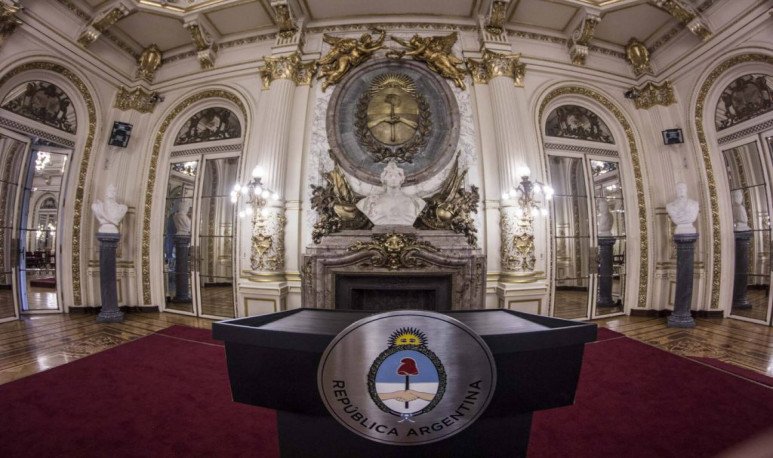 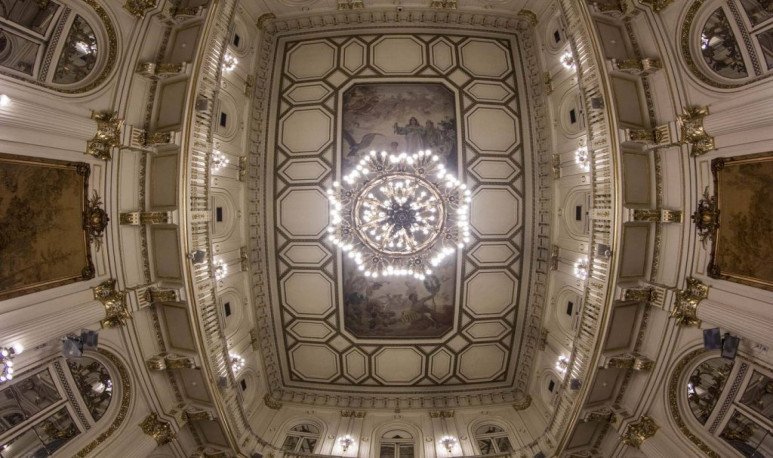 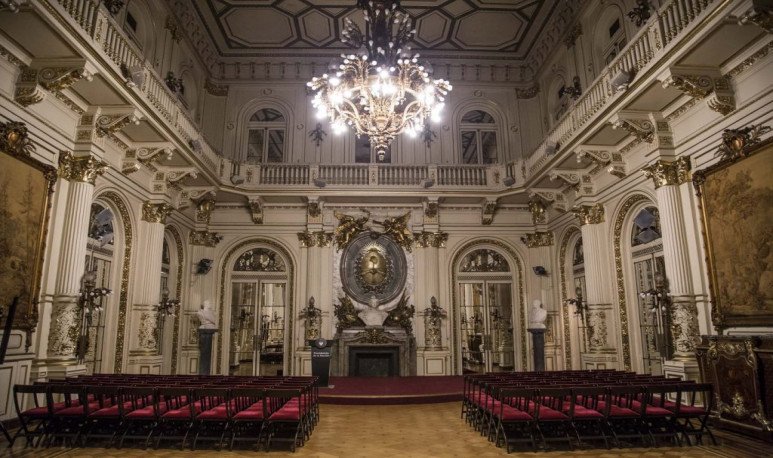