Chapter 4 - South Facade: It is the part that faces Hipólito Yrigoyen Street. 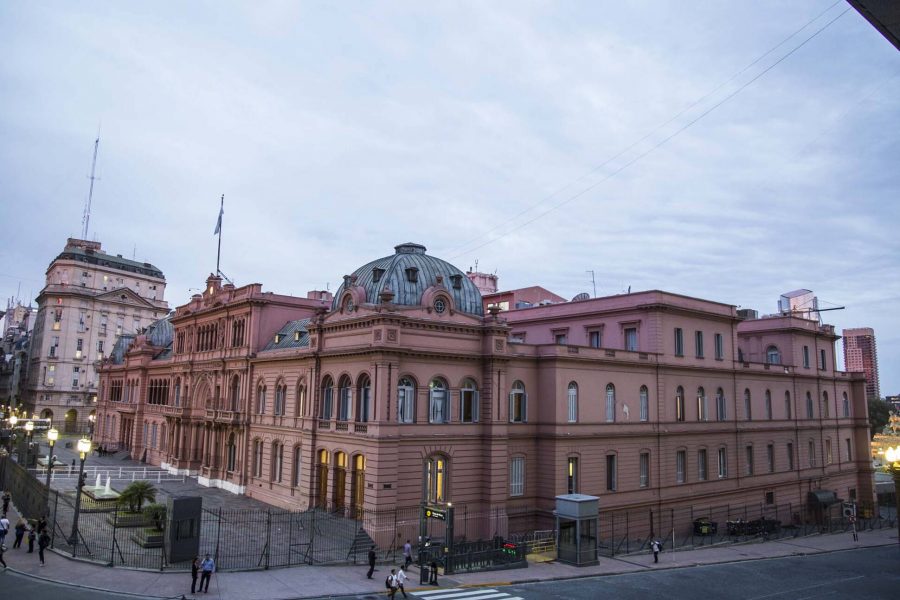 This facade faces Hipólito YrigoyenStreet. The original was demolished in the 1930s to widen the street and build the current building of the Ministry of Economy, then lost seventeen meters over Balcarce and Paseo Colón. After that it was not rebuilt, but an unornamented wall was erected in 1938 that contrasts with the rest of the building.