María Roibón and Claudia Pilar, architects of UNNE, were distinguished in a design competition aimed at the World Expo 2023. 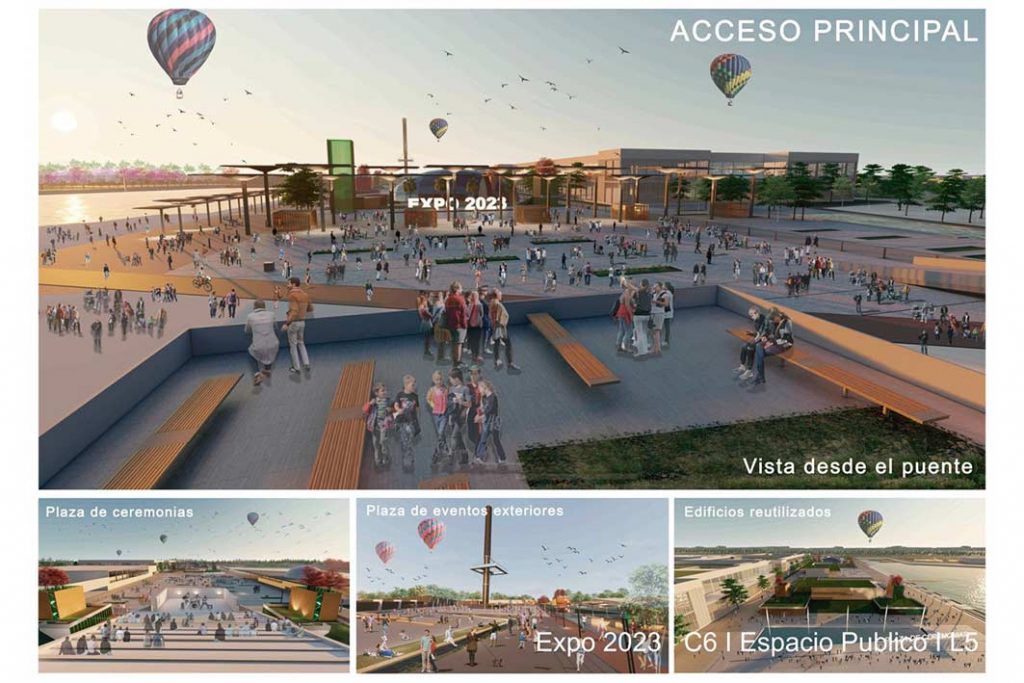 A project of teachers and researchers from the Universidad Nacional del Nordeste (UNNE) received a special mention in the framework of the international competition for the design of “public space”. This was done in view of the "World Expo 2023“, one of the most important events in the world.

Buenos Aires was chosen as the venue of the Universal Exposition 2023, for the first time since 1851 a Latin American country will be hosted. It will take place in the premises of Tecnópolis, will last three months (January-April 2023) and will be expected to attend 100,000 visitors per day.

For the organization of the event were opened six competitions of international scope for the design of the infrastructure of the which will host the Exhibition. Organized by the Central Society of Architects (SCA), the College of Architects of the Province of Buenos Aires (CAPBA), and sponsored by the Argentine Federation of Architects Entities (FADEA).

A total of 199 works were presented with the participation of at least 2000 architects and engineers from all over the world. One of the most integral was the so-called “Public Space, Boulevard and Bridge”. It included the design of a public space that, at the end of the Expo, would become a great science and knowledgepark.

In this competition, the project received a special mention by the architects María José Roibón and Claudia Alejandra Pilar. They are teacher-researchers of the Faculty of Architecture and Urban Planning (FAU-UNNE) and Faculty of Engineering (FAI-UNNE), respectively.

The authors highlighted the mention received and highlighted the collaboration in the Elías project Romero, Lara Rojas, Adriana Medinaand Fernando Alberto. As mentioned in the project the architects Roibón and Pilar, the proposed design aims to generate memorable experiences. Visitors will be able to experience them through all their senses.

“ This recognition at the national and international level highlights and confirms the quality and creativity of the architecture professionals who are trained at our university,” said architects Roibón and Pilar, distinguished for their project of World Expo 2023.

Bañado La Estrella: ecotourism in one of the 7 wonders
Quijano Station: the new tourist terminal of Salta
Tucuman billboard and a promising November
Basic Tucuman, a constantly growing vocabulary
Boludo yeah, jerk no.
The Shed of the Skinny
6 tangos by Tita Merello
Atomic energy, in the hands of an Argentine