The law states that when a patient suffers from an “irreversible, incurable or terminal” disease, he may refuse to be kept alive, although “its wording is ambiguous,” the specialists say. 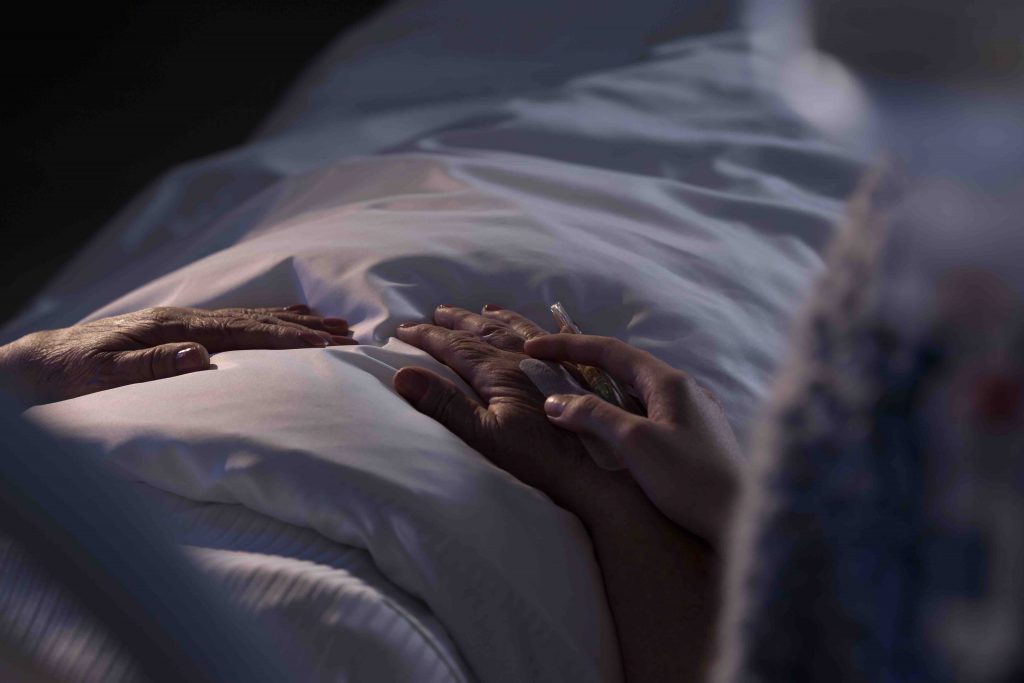 Argentinelaw establishes that when a patient suffers from an “irreversible, incurable or terminal disease “may refuse to be kept alive, although “its wording is ambiguous,” experts say.

“ A terminal pathology is one that progresses and leads to death, while the vegetative state does not advance,” explained Carlos Cafferata, head of the Palliative Care Section of the Italian Hospital.

Cafferatta, who works with cancerpatients, neurodegenerative diseases and other fatal conditions, considered that “it is not bad to maintain hydration and nutrition in a person in a vegetative state”, referring to the case of the Frenchman Vincent Lambert, who died on 11 July after having spent a decade in that condition.

The 43-year-old man, who had been quadriplegic in an accident, became a symbol of the debate around dignified death and kept his own family facing, although life support was eventually withdrawn at the request of his wife and against the will of his parents.

“ A vegetative state is sometimes irreversible, but not progressive. Lambert could have continued to live as long as they kept him hydrated and fed, but it is a controversial case that depends on who interprets the law,” the doctor argued in dialogue with this agency.

For lawyer Ignacio Maglio, head of the Department of Legal Medical Risk at Muñiz Hospital, “there is no documented case in the world that a person has recovered from a persistent vegetative state”.

“ In Argentina we have two major regulatory frameworks that allow decisions to be made at the end of life: the so-called law of decent death, which is actually a modification to law 26.529 on patient rights, and the provisions of the Civil Code in force since 2015 in its articles 59 and 60, which refers to the withdrawal of life-support measures,” counsel explained.

Maglio explained that euthanasia, that is, death “directly caused at the request of a patient through the administration of a toxic or poison in deadly doses”, is regulated only in Belgium, Sweden, Holland and Colombia.

“ In Argentina today euthanasia amounts to homicide, but at some point we will have to discuss the voluntary interruption of life, just as the termination of pregnancy is being discussed,” he said.

Lambert's case is similar to that of Neuquino Marcelo Diez, who spent 20 years in a vegetative state after a car accident and died in 2015.

The case reached the Supreme Court of Justice of the Nation, which recognized the patient's right to “decide on his own dignified death” and accepted the statement of the sisters, who stated that before the accident the man had stated that if he ever went through a similar situation “did not wish to be kept artificially alive”.

“ In both Lambert and Ten , the only objective of keeping them alive was to prolong a painful, burdensome and unworthy agony. It is unfortunate that these cases are prosecuted, something strange is happening if we have to ask the judges for permission to die in peace,” Magliocriticized.

Asked about the possibilities of reversing a vegetative state, neurologist Alejandro Andersson said that “a month there is a chance of 18%, at six months of 3% and from there on the possibilities are infinitely smaller”.

“ To the state sees