Home Argentine Cambalache Between the buildings and low houses of Rosario

Building modalities in the construction of the urban identity of Rosario. Architects studied the buildings and low houses of the city. 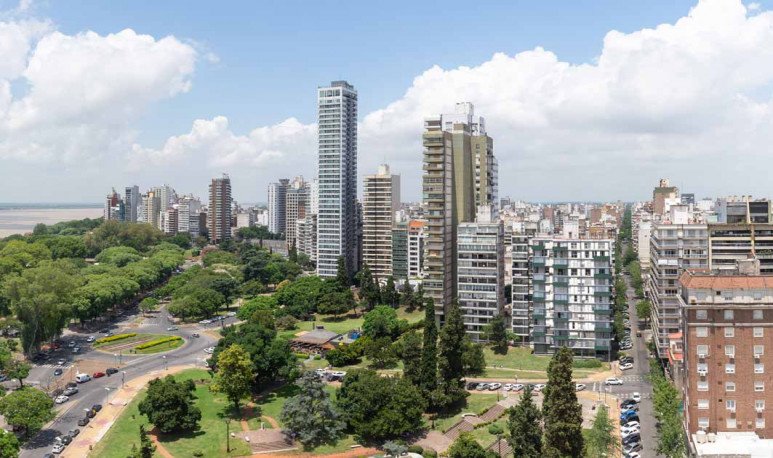 The   architects  and researchers  of the UNR  Aníbal Moliné  and  Roberto De Gregorio  conducted a study on the  identity  of the  Rosario  center that was being built in the first half of the twentieth century. For two years they analyzed the  architecture  and history of the buildings that formed the central area of the  city  .

“In that  concern  to find a meaning to  Rosario  's  identity  , we decided to divide work into tall  buildings  and low houses, which presupposes a double sense of identity. From the moment there is a certain technical capacity and the intention to overturn capital into the expression of that power, the leaders of the  Rosarina  society turn towards the  buildings  in height, while the bass come to play as a kind of choir,” explains  Aníbal Moliné  .

De Gregorio  studied buildings  in height, his work is a tour of the city  's most striking architecture. The first stage he analyzed was from 1900 to 1920, a period that was characterized by establishing the  central  area that extended from Plaza 25 de Mayo to the west by  Córdoba  .

The first tall  building  built in the  city  is  “La Bola de Nieve”  from 1906, opposite the square 25 de mayo. “This  centrality  lasted a short time, immediately two insurance companies sent to build multi-storey  constructions  on the corner of Corrientes and Córdoba, moving the center to that area and leaving the square as a sort of backyard until the  Monument to the Flag  was built and that area once again had a certain entity,” says the  UNR architect. 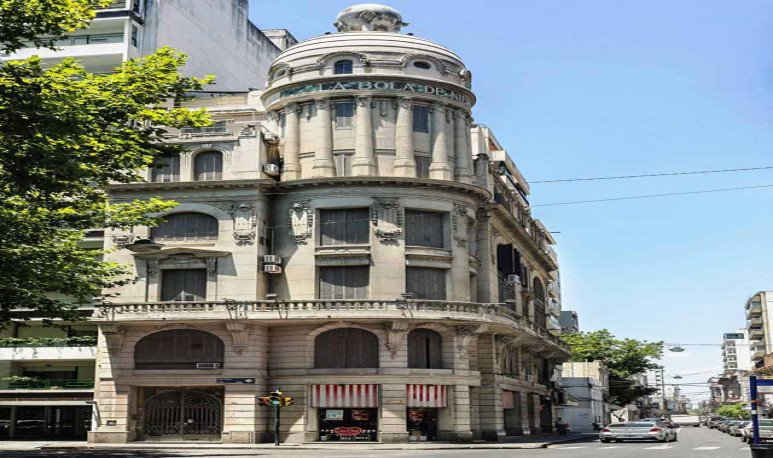 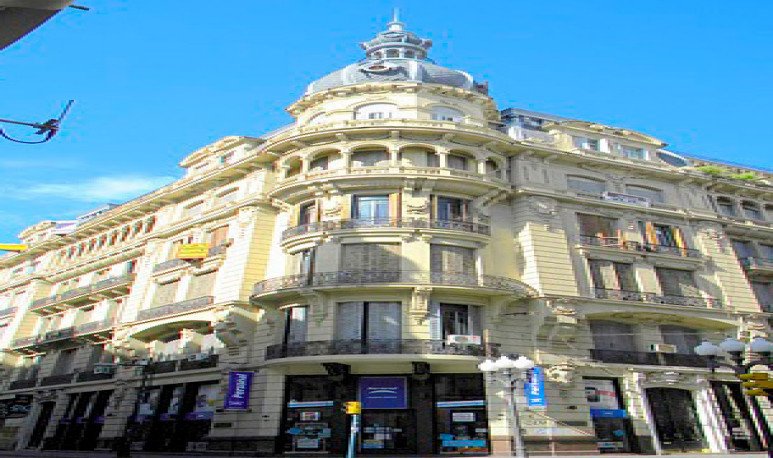 The oldest of these  buildings , located on the southeast corner, was built by  Federico Callivadino in 1907, for the insurer  “La Agrícola” and reproduced the model of the Creole houses or chorizo houses, stacking one on another. In front of this, in 1916 the building of the company  “La Inmobiliaria”  built by Buschiazzo and son was built, and already had a more luxurious style like the buildings of  Buenos Aires  .

In the first decades of the 20th century,  buildings  in height sought greater ostentation and luxury but did not represent any  originality  or constituted any school. In general, according to the  architect , until 1920 images of other important buildings in the world were moved and replicated in  Rosario .

From the 1920s  modernity bursts, but it does not in skyscrapers but in houses and  individual dwellings emerge for middle-class  families . The buildings were modernized inside but not on the facades. Examples of this stage are the  “Palacio Fuentes”  and  “Palacio Cabanellas”.

The  Fuentes Palace  was designed with the goal of rent and was built to achieve the largest number of  apartments  . The  façade is monumental , with  luxurious materials,  sculptures , and the most characteristic is the  tower with the clock, which rings chimes every hour with the aim of being present in the history of the  city .

The  “Cabanellas Palace”,  located in Sarmiento and San Luis, was designed by  Francisco Roca Simó  and responds to Catalan modernism. “It is an unusual  building  , with no history in the  city  , with the use of vitraux and iron ornaments, but left no more signs than the initial surprise,” he said. 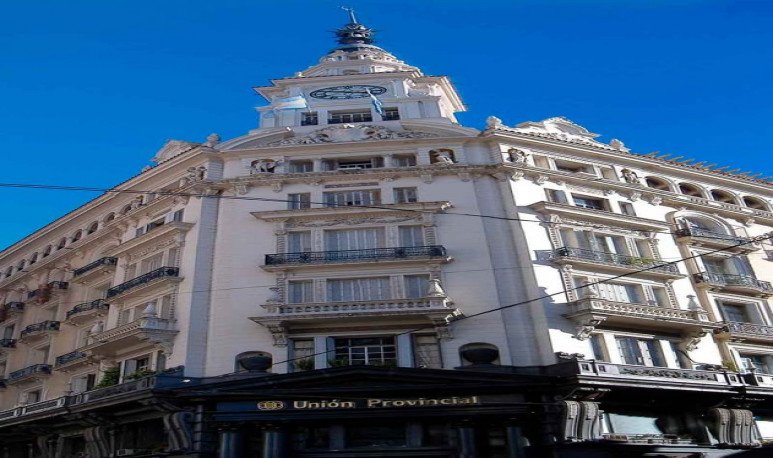 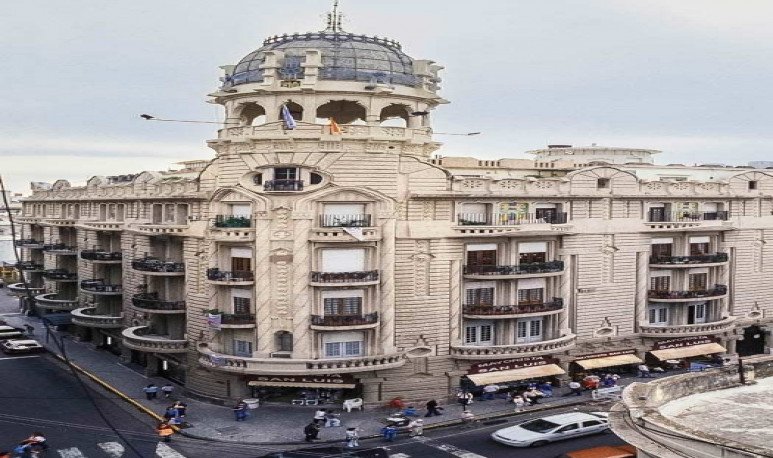 In 1923 he opened his career in architecture at the then  Faculty of Mathematical, Physico-Chemical and Natural Sciences Applied to Industry,  dependent on the  National University of the Litoral.  Until that time all the works had been done by foreigners but the production of  national architects  begins to be seen.

The  influence  of  young professionals  was the  Bauhaus school in Germany.  “ The  Bauhaus  was a partnership between the designer and the craftsman, and they produced a design more related to industry, to produce in series.” One of the  characteristic buildings  of this period is the  “Industry and Commerce”  building in Santa Fe at 1300, designed in the 1930s by  architects Agustín Arman  and  Atilio Tedeschini. 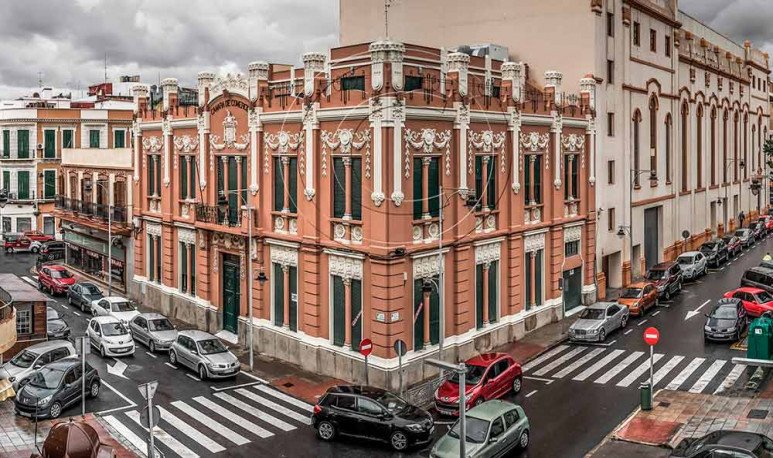 At the end of the 1920s emerged an  architect  who will modify the  rosarino design,  it is  Ermete De Lorenzi  , born in  Trebol  and formed between  Rosario  and  Buenos Aires  , who founded a studio with  Julio Otaola  and  Hannibal Rocca . “One of the works of  De Lorenzi  is that of Córdoba and Oroño,  “La Comercial”.  It is like a  lighthouse  that announces that modernity was installed and one of the characteristics is that coherence is achieved between the  interior  and the  exterior of the buildings  .”

Moliné  and De Gregorio  are conducting a new research into how the city developed from the middle of the 20th century  to 1990.  The project The concurrence of two building modalities in the conformation of the urban identity of Rosario, by the architects Moliné, De Gregorio, Córdoba and Rosado, was presented at the 2017 Science and Technology Conference of the National University of Rosario .