The renowned artist was awarded the important prize for his work “En el último trago nos vamos”, where the jury valued the quality and solidity of Cozarinsky's narrative. 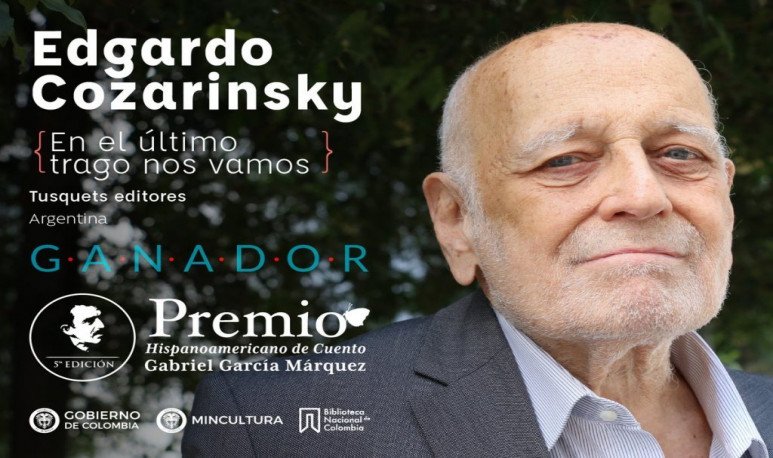 By: Redacción
Argentine writer and filmmaker Edgardo Cozarinsky won the 5th Spanish American Story Prize Gabriel García Márquez, which failed in Bogotá, for his work “En el último trago nos vamos”. The jury considered that the winning work “is, above all, a book written with a great narrative profession, with deep roots in an ancient literary tradition and a remarkable intellectual strength,” reported the news agency EFE. In this way, Cozarinsky (1939) won the other four finalists, including Argentines Pablo Colacrai and Santiago Craig who presented “Nobody is so strong” and “Las tormentas” respectively. “In the last drink we go” (Tusquets), the author moves between the story, the short story and the fragmented novel to tell without explaining a series episodes in life characters who inhabit an ambiguous Buenos Aires, talk about Russian literature or remember tangos, mingle among the dead and walk the limits of vigil. Source: Telam