The Argentine Dogo is the only native dog in Argentina. A brave but faithful and loyal dog with family and boys. Pride born in Cordoba. 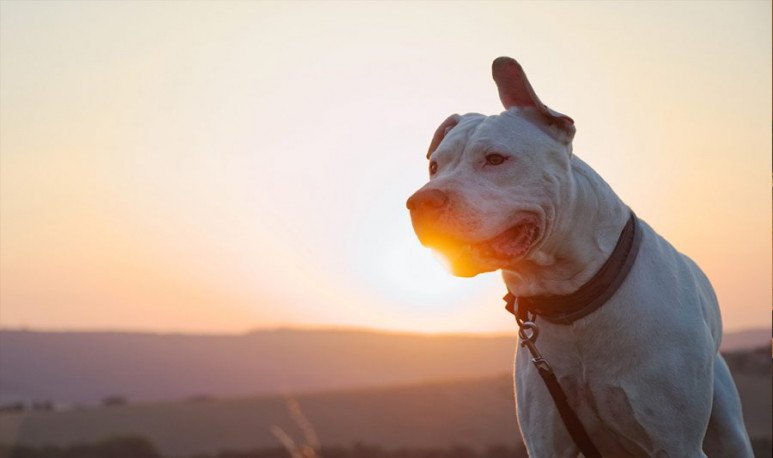 It is not well known, even among  dog lovers , that Argentina is the home of several specials. Even if you talk about the  Argentine Dogo or mountain dogs , it is difficult to give details. Above all, about the last ones. If you're curious, you came to the right place. Here we collect a lot of information from connoisseurs about these dogs raised in Argentina.

The Argentine Dogo, a powerful hunter

The Argentine Dogo, also called the  Argentine Mastiff , is intimidating. But at the same time, a big family dog.

They're brave hunters and guard dogs. Very loyal to their owners and very friendly to the people they know. They love to spend time with the family and are great with the boys. Because they are very protective with those they love.

It was created by  Dr. Antonio Nores Martínez , in 1928 in  Córdoba . And it is a mixture of different breeds. Nores Martinez was looking for a complete animal. Powerful, fast, great hunter, but also a great friend, intelligent and good-natured. And he did it.

The male (and the female does not walk away) is about 60-70 centimeters tall. And it weighs between 35-45 kilos.

Although they were very employed since 1928, they were recently recognized by the  Federación Cinologica Argentina  in 1964, the Fédération Cynologique Internationale in 1973. And only in 2020 by the  American Kennel Club .

The mountain dog. An elusive dog

The  mountain dog  is not a dog as we know them, but it is a canido. It is located in Central and South America. And it's excellent camouflaging among the bushes.

Until recently they were thought extinct. If you pay attention, you can get to listen to them, but it's very difficult to see them. They know very well how to move so as not to be seen by tourists, hunters, locals and even camera traps from researchers. Maybe it's because they spend a lot of time in burrows.

They are tall and skinny (57-75 centimeters and 5 to 8 kilos) and have a tail of about 15 centimeters. Despite the fact that they are shy and evasive and hide, scientists have information that worries them. Because they're close to the  danger of extinction  because of their vulnerability. Some entities have already started captivity protection and breeding projects.  The big problem is domestic or hunter dogs , who attack them in alarming proportions. Especially in the burrows. That sometimes they and others dig, occupy armadillos and tatú carts.

Most of the information about mountain dogs comes to us from the bred in captivity. They're very sociable and hate being alone. They are also very fertile and that is the surprising and tragic thing about their danger of extinction.