An experienced architect of the sector tells his experience in the construction of wineries. Something increasingly weighted in the field.

“What is it?, where do you start and how do you get to realize a work? What was your favorite play, Dad?”, says Gabriel Japaz  that they are the questions he listens most at home. One of my favorite wineries and one of my most successful projects was the winery “NQN, Viñedos de las Patagonia”. My architecture, I understand, has a strong constructive image and very clinging to industrial processes.  They are very rational works, not especially organic, but they are stained with a strong incidence of landscaping . This is, at least, my search.

Warehouses are industrial works that have a large scale, usually they are huge ships that have an aggressive environmental impact on the site , if one does not control its scale and its incidence. I intend, therefore, that the cellars do not rise like white elephants in the chest of landscapes.  Therefore, I work especially on the incorporation of natural and landscape elements to try to lower the scale and minimize the environmental impact: the winery, as a space, must be adapted to the site where it will be erected. And not the other way around. 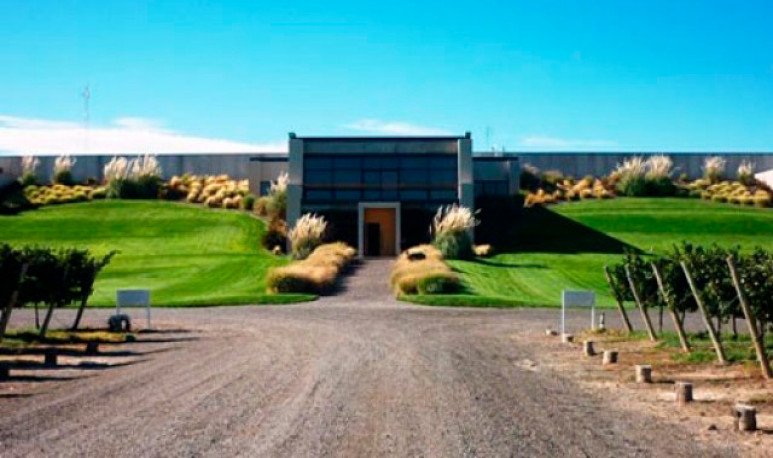 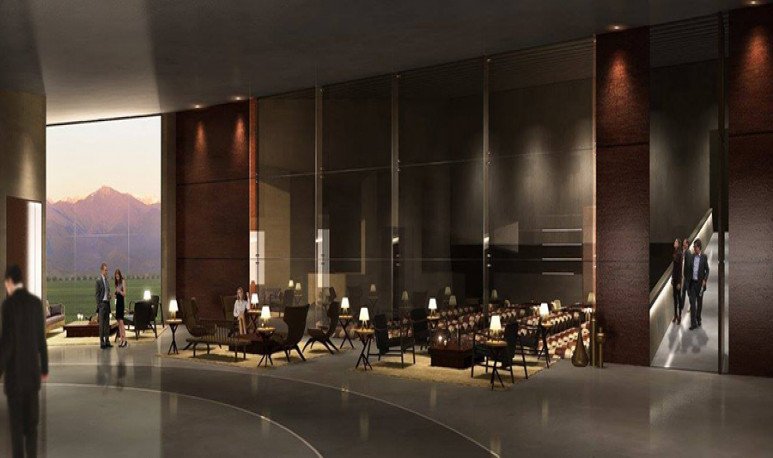 Pairing the winery with its space

I'm looking, with my job, to pairing the cellar with its space. The aforementioned work, Vineyards de la Patagonia, Bodega NQN, was an important challenge for me, because  it is a winery made in Neuquén, where the Patagonian landscape conveyed a very strong feature: its immensity, its imprint,  its ancestral mandate. The vastness of Patagonia is a wonderful thing and I tried to return it to the project. I tried to make the project part of that whole without affecting it, but rather, erecting a harmony, a pairing.

There , in that area of Neuquén, there are geological formations that are a kind of hills, plateaus with collapsed skirts that are called “bardas”,  I tried to join this work into nature through a building that looked quite like these formations. That helped me locate the cavas under the bars, where the natural terrain was incorporated into the building. In this way, it seemed that they were under the ground, although they were actually on the natural terrain but the terrain was the one that was rising and that helped me control Patagonia's so strong winds and the incidence of the sun.

I sought to generate the impression that the winery existed since ancient times. And it was a work that I enjoyed very much, because I did it with my father, Engineer Elias Japaz, who had an amazing resolution capacity on structural issues.

My creative process is chaotic, has no preset order or apparent logic, but many times it starts when I know the customer. The first contacts convey to me your personality, your knowledge of the industry, your desires, your dreams. And I learned - and I continue to learn - to develop the ability to interpret between the lines what you say to get to what you want. 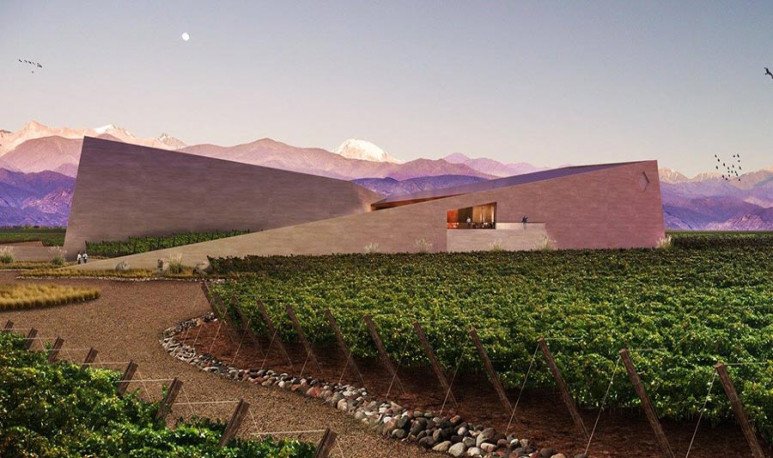 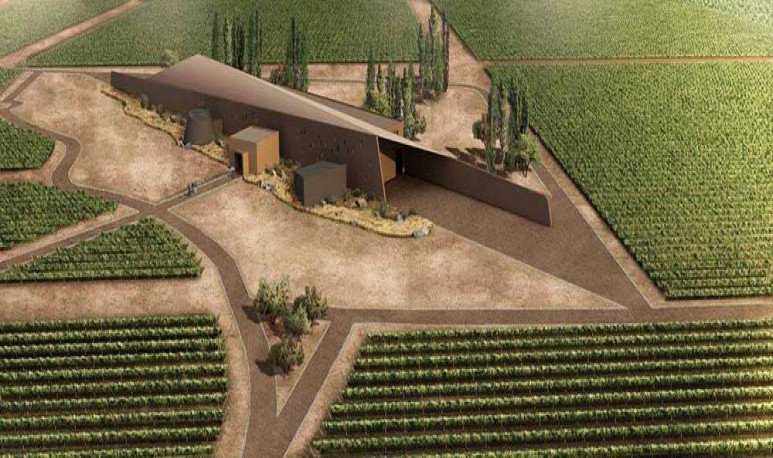 Then, enthusiasm drives me to throw out previous ideas that are a mixture of desire and proposal. However, one of the strongest parts of that process is when I go to the ground where the work will be located . The terrain and landscape at different times of the day end up transmitting a very large force that is later reflected in the project . After many works, even if they seem the same or very similar, the terrain suggests subtleties that are fundamental.

When I talk about the land and, especially in wineries architecture, I speak almost 100% of wineries of a type of industrial and rural architecture.  Unlike urban architecture, the wineries are mostly rural, with very few exceptions such as Escorihuela winery or Los Toneles, which are urban wineries in Mendoza in which I intervened in its remodeling and putting in value. The countryside, the view of the mountain or the valley convey a very strong imprint of what is going to be the project.

Then come the sketches, with soft and thick pencil, scribbles that are very stained that reaffirm the idea through scratches.  Then there will be time for renders or electronic models of the highest quality and first-line sophistication, which help customers in the difficult task of abstracting and imagining the finished work. 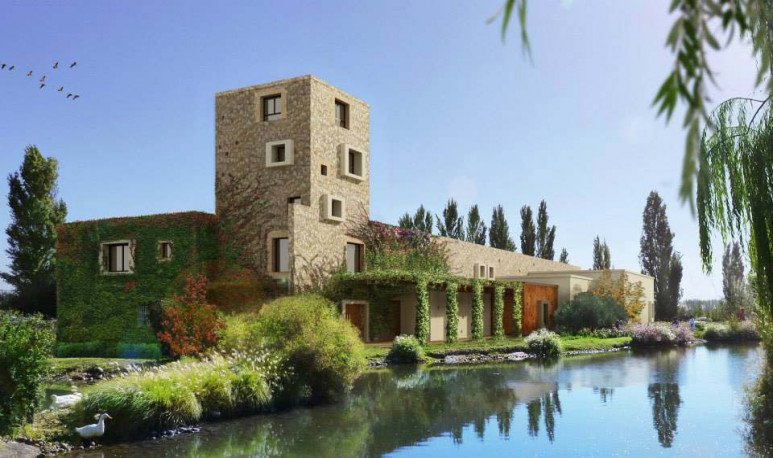 Once, when my daughter Sofia was in first grade, I went to tell you about my job: building houses.  It was very interesting to find out that all the children answered that it was built from concrete elements, columns, wells, beams, bricks,  but none said that the project was started through ideas, so I tried to convey to them that the works do not begin with the material, they begin with the abstract. In this, our role is fundamental and, in the case of wineries architecture, even more so, because each of these works is born with the need to be special, different, at least, in the desire of our customers.

This same distinction requires an interdisciplinary work that transuntes the work of the architect. Thus, the eyes of the client, the winemaker, the engineers specializing in processes and structuralists, the builder are vigorous... All of them must intervene, everyone must give fair participation.   Therefore, I usually say that good architecture is prepended to the fate of the work, be it a cellar, a factory, a house, a hospital.    The good architecture, above all, is independent of the budget and the size of the project.

What was my most challenging project?

The tree house for my daughters Fernanda and Agustina.

We picked her up in a damask in my parents' house. The tree had a sturdy but short trunk that forked into a sloping fork. We solved the tree house in a triangular shape by putting a brace on which we support a triangle, which is a non-deformable shape. When they played there, only then, the play was completed. Recently, one of my daughters told me that in that house on the tree they played “making little wine”, with Chinese rose petals from the garden.
I didn't know it, but now I know: I had built my first cellar, one that I took with me wherever I go.