The exhibition “Permanent Dawn” by artist Alejandro Propato can be visited free of charge until December 8.

Argentina is a plant of talented artists who find, despite the usual unfavorable conditions of our country with economic support for art, the way to create relevant and rupturist works. The ability of our creators, whatever branch they may be (painting, sculpture, music, not to mention literature) is admired worldwide. But there is one that still does not enjoy the recognition it deserves, which we will try to remedy. I mean Alejandro Propato.

Propato was born in Buenos Aires in the late 1960s, but lived in Mendoza, Chubut and Santa Cruz. Although he is an architect by profession, during the last twenty years he developed, in parallel, an artistic activity surprising: it is dedicated to sculpture of large dimensions, which is also known as “land art”. His creations were exhibited in England, Ireland, Holland, Belgium, Denmark and Australia.

The exhibition of Propato in Buenos Aires

But now, at last, Propato's work arrived in the city of Buenos Aires. After passing through a festival in Australia, “Permanent Dawn” is installed in the Children's Park.

Describing a work of art is in itself a practically impossible task, but what can be said without fear of being mistaken is that, with its enormous dimensions (almost 50 meters long and 15 meters wide), it beautifully highlights the horizon of the Rio de la Plata and resignifies the landscape. There are not many cases in which one can “walk” a sculpture while one can see an installation. More than 15 km of colored scales joined by 44 aluminum masts that intersect to converge at a single central point, recreate the way in which the sun's rays are seen on the river's horizon at the exact moment of sunrise. A more than recommendable experience. 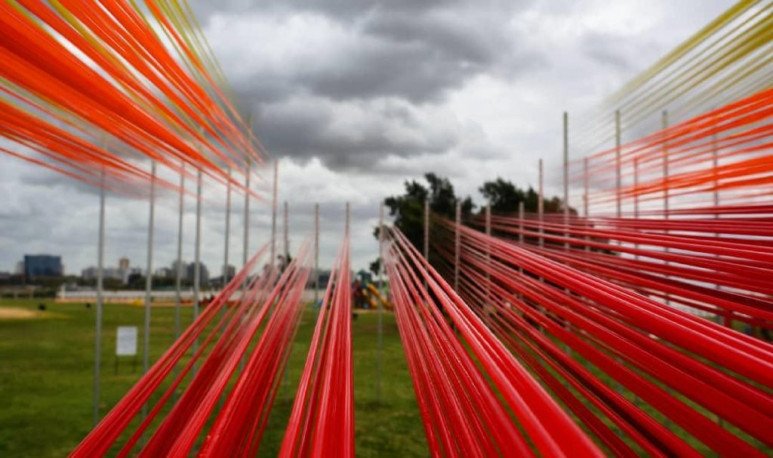 The exhibition can be seen from Tuesday to Sunday from 08 to 19 in the Children's Park (Cantilo and Av. General Paz) and will be installed until Sunday 8 December. Being free and free entrance, it is a very tempting possibility to walk with the family and see some art. Which, say those who know, does the spirit very good. 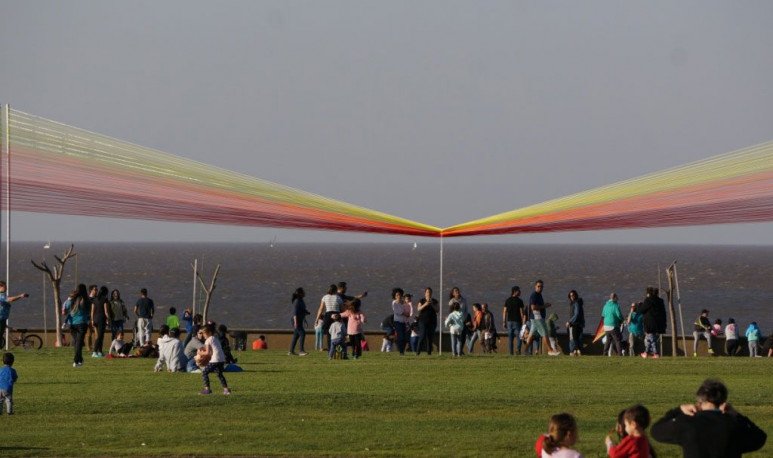