The recurrence rate in Buenos Aires privately run secondary schools reached 4 per cent and dropout to 3 per cent in 2017, while in public schools these figures amounted to 15 per cent and 5 per cent, respectively. 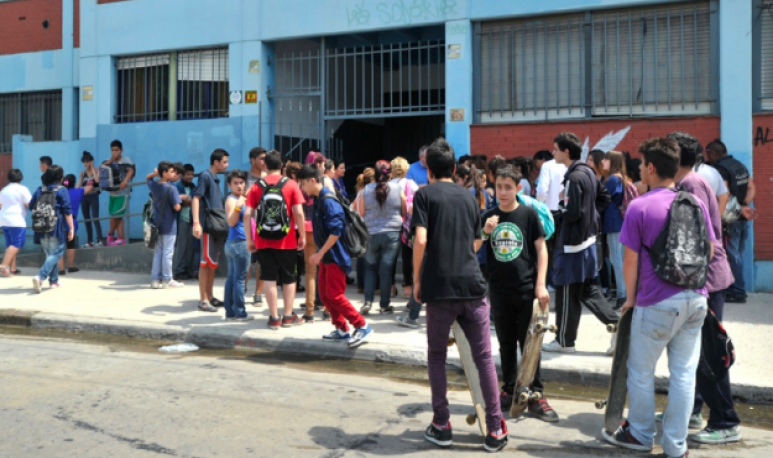 The recurrence rate in Buenos Aires privately run secondary schools reached 4 per cent and dropout to 3 per cent in 2017, while in public schools these figures amounted to 15 per cent and 5 per cent, respectively, according to the yearbook on the state of education in the province. The Directorate General of Culture and Education presented the first edition of its annual report “The State of the  School  in the Province of Buenos Aires”, which reveals the main data and indicators of the Buenos Aires education system. The document, which has no history in the province in terms of presentation of official figures, collected information on different variables that account for students' measurements and learning outcomes.

During the presentation, Buenos Aires Director General of Culture and  Education  , Gabriel Sánchez Zinny, said: “Many of the figures are worrying, for example, in what it concerns school dropout and repeat, but this information is allowing us to work on this in order to give it a solution.” According to work, in primary schools in the province the promotion rate reached 95.8 per cent in 2017 and in secondary schools 82.3 per cent; repetition in primary schools was 3.5 per cent and 11.3 per cent in secondary schools; dropout was almost zero in primary schools (0.5 per cent) while in secondary schools it climbed to 4.4 per cent; and the overage rate was 43 per cent in State secondary schools and 11.6 per cent in private. The report also found that the province's education system consists of 20,917 educational establishments with 4,772,935 pupils. The report was presented today at the Teatro Argentino in  La Plata  by Lieutenant Governor Daniel Salvador and the Minister of Education of the Nation, Alejandro Finocchiaro, also ; s by Sanchez Zinny. In order to establish students' performance, the Directorate's report took the results of the Learn 2017 evaluations which showed that, in Social Sciences and Natural Sciences at the primary level, the highest proportion of students recorded satisfactory or advanced performance (65% in Science Social and 68% in Naturals).

In this same operation, high school performance was similar in Language (65% of students obtained satisfactory or advanced results) but in Mathematics only 31% achieved satisfactory or advanced performance. Learning results show that for both levels of education and in the areas evaluated, the private management sector recorded better performances compared to the state management sector. However, in the area of mathematics the results are low for both children attending public and private schools. In 2017, the province of Buenos Aires allocated 26.5% of its budget to the operation of schools: spending per student in the state management sector was $37,928. Ninety-three per cent of provincial public education expenditure is spent on staff, 6.7 per cent to current (non-personal) expenditure and only 0.3 per cent to capital expenditure. This 93 per cent consists of 89.9 per cent of expenditure on staff serving in State management, and the remaining 10.1 per cent relates to transfer costs to staff in private management (equivalent to 74 per cent of item 5 for transfers). “It is very important that the State be able to issue information about the education system and schools in the province of Buenos Aires. Having this data is essential to be able to make educational policy decisions and focus initiatives in places that have the most challenges,” said Sánchez Zinny in the presentation. Meanwhile, Finocchiaro said that “the most worrying about the figures is not knowing them. Knowing the truth always interpels us. Truly, if we work with all of us to deal with it, you do have a choice.” “In the province of Buenos Aires there are almost five million students and that was always viewed as something negative. How can we believe that having five million  students  is a problem? They are an infinite power for the Province, its greatest wealth. Our responsibility as officials and managers is to break down the walls that these boys and girls have in front, so that education will give them an infinite horizon again,” the official added. For his part, Salvador said that “this report is fundamental because we are all convinced that the country's fate is tied to what happens in the classrooms of the province of Buenos Aires since it represents 40% of the national enrollment.”