That we Argentines are creative we already know. But the invention that is a Cordovan trademark will surprise you like never before: the electric car is revolutionary. 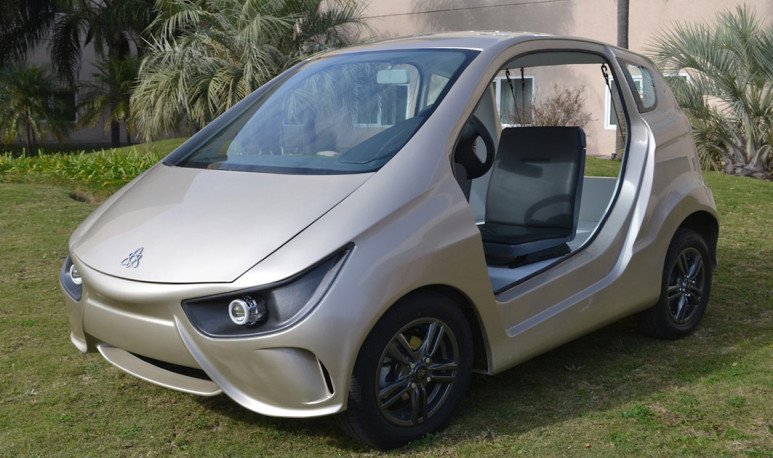 It is a project that, although it took a long time, today is the ultimate expression of innovation and creativity. It is an electric car that sets a trend throughout the country.The entrepreneurship goes hand in hand with the company Volt Motors. It is one of the first examples of vehicles developed and produced in our country, an invention developed in Cordoba, and by Cordoba. The amazing thing about this prototype is that it's electric. It is ahead of all the creations that could be imported ,to position Argentines in the world industry.

It was recently authorized to be produced in series, which will allow it to be seen circulating in the streets in the coming months. This company has been developing models of electric cars since 2015.However, these are the first to be approved . This authorization for mass production also implies having received the necessary permits. Thus, the models of Volt motors would be available for circulation on streets, routes and highways. Daniel Parodi is the CEO of Volt motors and the commercial head of a billionaire project. Assures the media that electric car models are already being delivered . And that the goal is that they leave the company, directly patented, enabled to go to the streets.

These vehicles imply worldwide recognition, as they are models of the latest technology. They use electric power instead of fuel and are thereforeideal for the preservation of the environment. And for the care of your pocket ! The decline in naphtha consumption is a huge change for the family economy.Volts dramatically reduce the cost of car maintenance . It is estimated that with one of these electric cars you could travel 50 kilometers a day for just $600. While a gas carrier needs about $6,600 . However, the initial investment to get one of these little cars is at approximately $12,000.This account is taken exclusively from electricity and naphtha costs of the province of Cordoba .

There are two models developed. On the one hand, a utilitarian model that can be used for light loads: VOLT w1. On the other hand, a more urban version: the VOLT e1, a small citycar with the latest technology . The latter model is suitable for carrying up to two people and a load of up to 300 kilos. Both models are 2.8 m long, 1.7 m wide and 1.5 m high . They are made with carbon fiber and kevlar. In addition, they have a 16-inch screen and a multimedia center to adjust all the functions of the car, as it is an artifact with all the necessary technological elements. They have 360º parking cameras and a display that serves to visualize the instruments projected on the windshield. In addition, you can learn more about your vehicle through a celu app. From your mobile phone you can locate the car, check the battery level or access without a key . We're no longer here to lose the car keys, or have no solution in case of theft. These functions are the “saves potatoes” for everyone.

Volt motors thought in every detail: they are cars that can be loaded at home. With 220 v power you can charge your entire battery. These cars have lithium batteries that allow the travel done to beup to 300 km autonomously. They acquire a speed of up to 105 km/h. The load of one of these vehicles takes approximately six hours to reach from 0 to 100%. According to the creative company, VOLT e1 and VOLT w1 consume very little energy. And they have a feedback mechanism of the battery through the brake pad. This means that they are recharged while in use, by braking, using the energy generated in that process.

Are we going for a ride in a Volt?