Home Argentine Business and Enterprises Viticulture and its executioners

Mendoza wine farming must fight, in each season, against some imponderable factors such as frost or heavy storms. 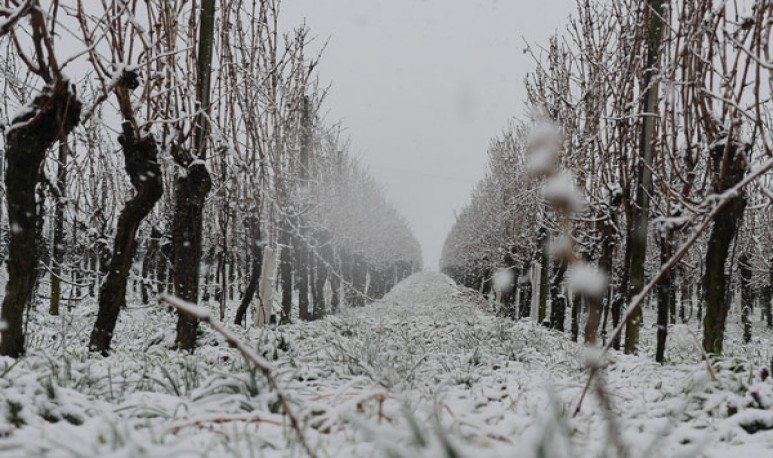 Mendoza has  viticulture  as one of its most important industries.  It generates employment and income for millions of dollars . However, it is not all positive aspects that surround this activity. This is exposed, year after year, to different phenomena that go against its development. That is the case of frost and hail  storms  .

Every year,  between September 1 and November 15, Mendoza is on alert for the likelihood of late frosts; that is, those that occur when the plant starts to activate and may cause damage in late sub-zero temperatures .On November 6, the deadline for filing  complaints  for the last frosts expired, and the Directorate of Agriculture and Climate Contingencies (DACC) had  more than 5,664  , between frost and hail, most of them made by the same owners. are close to the 7.074 that took place the previous year, throughout the season.

As explained by the DACC, in addition to the damage caused by the last  frosts , the increase in the presentations made by producers has to do with the fact that, on this occasion, due to the pandemic, enabled online presentations, and 70% of those affected decided to do so under this methodology.

The frost damage assessment has a waiting period for observation of consequences, 20 days from the time of the contingency. Then the opening of the receipt of complaints is made and producers will have a period of 10 working days to carry out the procedure.

Along with frost, are the two great executioners of Mendoza producers. During the aforementioned period,  in addition, there were areas where hail was added to frost and, in that case, more than one climate accident is covered by agricultural establishment.  Damage must be unified to generate a single  compensation per contractor.  Damages from the second accident are calculated on the remnant production of the first, and compensation is granted after the sum of the damage produced in each event, in order to obtain the total damage for the period.

But the damage to the hail could have been even worse, if not for the intervention of the hail planes. The  Hail  Mitigation System intervened with planting flights in Northeast and South during the past few weeks, preventing the stone from impacting the  grapes ; and in all types of production.

As for the south, rains were observed throughout the cultivated area of San Rafael, General Alvear and Malargüe. In the Uco Valley, rains also affected large areas, and as in the south, hail precipitation was not detected.

I lived the experience of Brooklyn Fitboxing