The creator of Tetra Pak managed to develop the first wrap composed of paper, plastic and aluminum, which allowed to solve various issues of logistics, conservation and health. 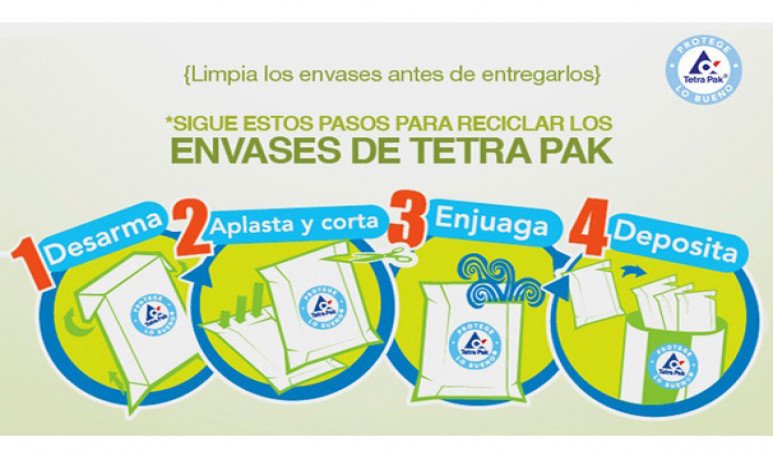 In the 40s of the last century, Dr. Rubén Raucing in Sweden, carried out a venture that would revolutionize the packaging industry in the world.  The creator of Tetra Pak managed to develop the first wrap composed of  paper ,  plastic and aluminum, which made it possible to solve a number of logistics, conservation and health issues.   Since then, milk ceased to be fractionated and dispatched in glass containers, giving rise to a modern packaging, which would offer, among other particularities, a practical, healthy and current marketing.

So important has been, that it quickly expanded to all the mass consumer markets in the world. Since 1950 its strength has been concentrated on the manufacture and marketing of these machines, whose know-how was implemented by the main companies in the liquids market, such as juices, dairy, soda, canned food.  Argentina was no exception and, since 1960, the factory has been installed and operational in our country.

Over time, this packaging so current and important in our daily life, became a threat to the sustainability of the planet, since its particular discard proposal undermines the basic principles of recycling. It seems obvious, but this bonding of materials so beneficial for the preservation of the product, could not be so easily dismembered. For many years now,  the company pointed out this weakness and began to work on some models to avoid pollution.

In a great advanced work, Tetra Pak developed the machinery that would allow the disintegration of the materials in question, assuming responsibility with a leading role in the shelf life of the packaging and its materials. In this way,  it has generated a multiplicity of actions and policies in favor of  sustainability  , whose aim is to recover 40% of the packaging used in a short time, converting, and eacute; ndola in the benchmark of the sector and example of many committed enterprises.

As we said above, Tetra Pak is a benchmark in sustainability due to its multiple recycling initiatives and actions to promote environmental care. Over the past year, in our country, the company has made  multiple calls to raise awareness about ecology and  recycling .

School kits made with recycled material

Tetra Pak Argentina and Danone Argentina handed over 1,000  school kits composed of a squad, ruler and conveyor to the Civil Association of Students and Rural Schools (APAER), made with recycled packaging material.   This kit was built in ATIADIM, a protected workshop that provides employment opportunities for people with disabilities  , allowing their inclusion in society.

Circular Economics in my school

Tetra Pak together with the Civil Association Godfathers of Students and Rural Schools (APAER) held the competition “Circular Economy in my School” in rural schools in the province of La Rioja. The aim of the contest  was to raise awareness among children about the importance of recycling to protect the planet , as well as the role each has to change things. The winning schools received  school equipment consisting of desks for teachers and students, chairs and blackboards, all made by the riojana company Serrano S.A with recycled Tetra Pak packaging . In total about 200 furniture was distributed in eight establishments in the province.

Tetra Recart is sustainable cardboard packaging that offers a  new solution for canned food.   Not only is it eco-friendly, but it also allows you to maximize product potential and generate new business opportunities with eye-catching designs that attract customers. This innovative packaging revolutionized the industry and made the company rewarded with recognition by the Association of Argentine Health and Food Professionals (APSAL ) "Contributions, technological innovation and quality of communication that collaborate with a healthy eating”.