Two sisters opened “UK”, a healthy food store that is already a furor in Santa Rosa (La Pampa). We tell you what it is. 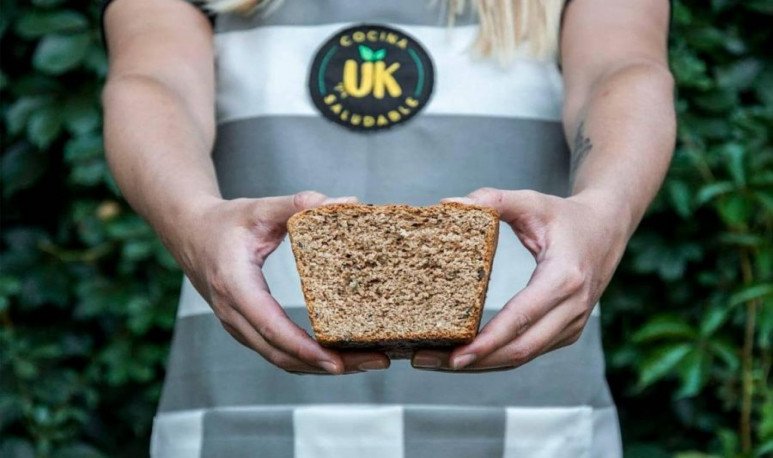 Martina and Melisa Onischuk joined their passion for  gastronomy  and opened “ UK Healthy Kitchen ” in the city of  Santa Rosa, La Pampa  . This is a rotishop where  burgers ,  minced or  sandwiches are made  with vegetables and  natural food . A different bet of two Pampean sisters that adds more and more followers.

The paths of life

The  Onischuk  sisters had embarked on different paths. But life led them to meet the hand of gastronomy. Thus was born this venture whose name came out of the last two letters of his surname.

“When I finished high school I started some careers in Santa Rosa, but I left and  went to Buenos Aires to study Clothing Design . I did two years and I was doing very well,  but I liked the kitchen , I threw that at me. One day I decided, I raised it to my old men and they almost killed me,” recalls  Martina   Onischuk  .

“It's normal that when you finish school, you're not sure what you want to do. It's not an easy decision. Luckily I was able to change in time and I set out to make gastronomy that was what I liked. I signed up for a  public school under the Government of Buenos Aires  and entered by lot. In three years I did the  Tecnicatura in Gastronomy  and I fell in love with this profession,” sums Martina that, before receiving her, she was already practicing as head of kitchen in a bar in  Plaza Serrano  in Bs. Ace.

Melisa  also had a tour with changes.  He began advocacy at UNLPam  until he settled in Córdoba and also chose gastronomic as a way to go.  “ I received myself last year and left for a while to  California  (United States) to work. I was in a family home and there I cooked every day,” he recalled. 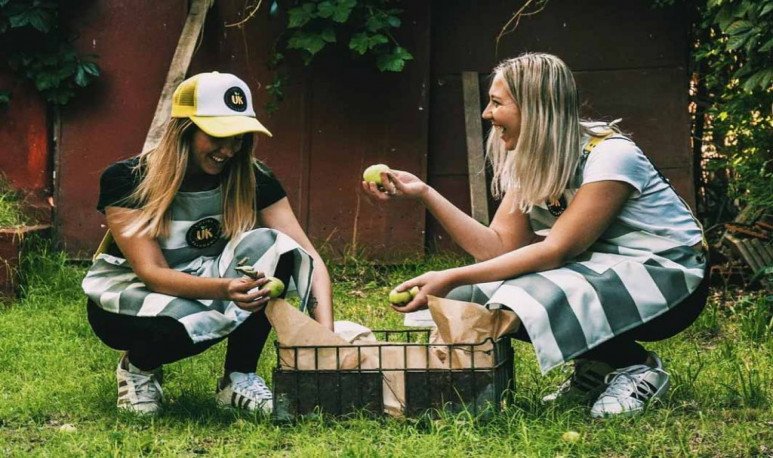 Martina returned three years ago to Santa Rosa, worked at the Pampa Roja restaurant and began teaching at a local gastronomy institute. Until Melisa came and the idea of “UK” began to germinate. The  rotiesía de Avenida Luro   offers cakes,  vegan and also vegetarian burgers  , sandwiches, chopped  . Also  warehouse products  that arrive from different parts of the country and whose processing has no industrialized or processed processes.

“The idea of not using meat is not because it is not healthy — in fact, we consume it — but our project was  to target an audience that  today has another  demand for   zero meat  . And in Santa Rosa, although there were warehouses where to buy  vegan and vegetarian  products, none offered proposals for ready-made menus. That is,  there was no specialized rotiesia to order a delivery of cake or vegan burger ,” said Melisa.

“For us  UK  was a great professional challenge, as products for this type of meal require further processing. Luckily, gastronomy offers thousands of opportunities for exploration, discovery, and we point to that,” Martina added.

The emergence of new habits

The sisters admit that the axis that unites the family is food . The  maternal grandmother  had for many years the  soy  milanese  factory  “Eli” and everyone likes to sit down and eat something well-crafted, with taste recipes. “Today there is a change that young people do, but also big people, and what is seeing what we eat: is it nutritious, does it do me good, it feeds me?  There is awareness in the face of food . In our province we grew up eating a churrasco, steaks, milanese, roasts and, at  the time of delivery, we did not leave pizza, empanada and loin . But today on many tables is accompanied meat with variety of salads, they became a priority. There is a very noticeable change in that regard and we are heading towards that demand,” Melisa added.

In that sense, the owners of “UK” note that some vegan men go to a roast and take a portobello or lentil burger and put them on the grill. “Soon  we will make vegan chorizos  too. Burger breads are made by us without refined flours. Sandwiches are made with a wholemeal olive bread, which has olives inside and is exquisite. The cakes are made with oat bran and is a filler because the dough has a lot of fiber. We also offer juices of the day, completely natural, and packs of vacuum packed hamburgers with the idea of stretching the life of the products”, they highlight on the extensive daily proposal.