The first puntano electric minicar promises to be the most economical for Argentines. 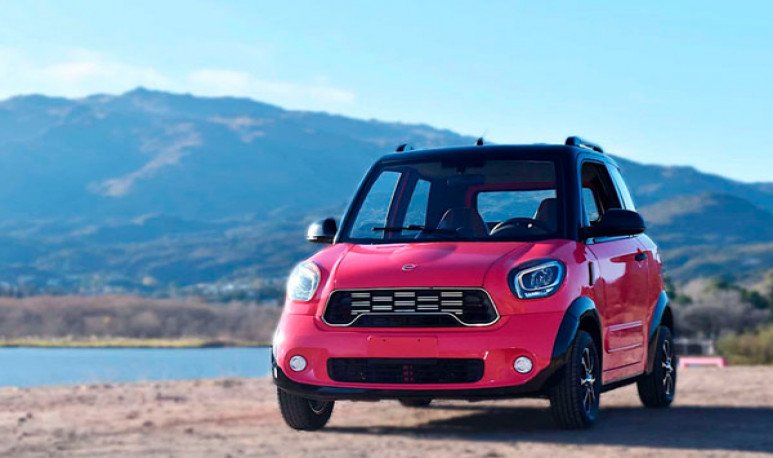 Faced with the new challenges of the automotive  industry  , positioning electric cars among the priority choices of new consumers  has become a necessity . In the world there are many who bet on  smaller, low-cost models . Argentina is not left behind and already has a little battle horse to represent the country's electric future. It is called  Tito  and it is an electric minicar that is armed in  San Luis.

In principle, it is designed to be used in the city and has a capacity for 4 people.  It would be one of the cheapest and its price would not exceed U$10 thousand dollars  and delivery times would not exceed 90 days. Manufactured by the company Coradir, the proposal adds to the already existing projects of  Volt Motors  in  Cordoba , who since 2015 have been developing electric cars and who, from recently, they obtained the qualification to manufacture them in series. In Morón, Buenos Aires province,  Sero Electric is also produced, which was launched in September 2019. This vehicle shares features in common with Tito, although it can only drive within 50 kilometres per hour, but not on routes or motorways.

Coradir has already circulating the first prototypes and,  from the company, they announced that the official launch will take place at the end of the year.  The firm estimates that Tito will be able to position itself as  the most economical and viable option for Argentines  . The puntano car has a range of 100 kilometers and a maximum speed of 65 kilometers/hour, but intended only for citizen use.

It has four seats, a central touch screen, electric lifters and can even be tracked from a mobile device. One of its advantages is that it  will be the client himself who can customize it by offering a wide range of colors.  The dimensions of the first punch car are: 2,830 mm long, 1,500 mm wide and 1,565 high, and a charging time of 8 hours.

Tito was born with an investment of USD$1.5 million and it  is projected that the initial production of this citycar will generate around 40 jobs.  In principle its sale is intended exclusively to the national territory, but the  company   does not rule out future export being the Mexican market that appears with greater possibilities over others.

Tito is destined to be an affordable and affordable car, as  its maintenance promises to be low cost.  An example of this feature is its battery which is destined to last about 8 years.While the development and batteries of the puntano vehicle are typical of the company, the first bodies were brought from China to reduce costs. According to the company, from the first quarter of 2021 bodywork will  be produced in Argentina.

Expectations are good and  expect to sell 200 or more models only in the first year of launch. We look forward to seeing  this small giant that promises to be the star of the electric automotive market.

I lived the experience of Brooklyn Fitboxing