Know who is behind this initiative. 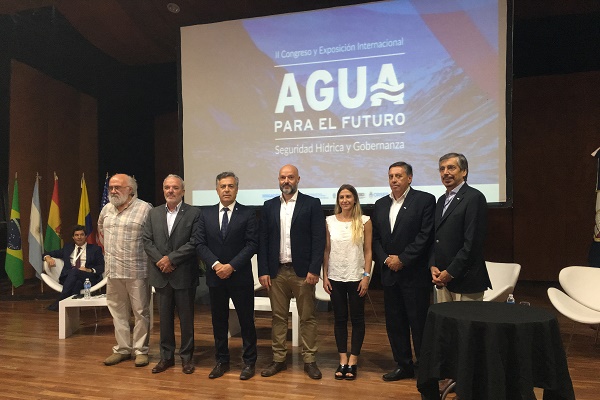 Within the framework of its 100+ sustainability platform, Brewery and Malteria Quilmes participated, in the city of Mendoza, the signing of the agreement to create the promoter group that will promote the creation of Argentina's first Water Fund, with the aim of contributing to the water security of Mendoza.


The promoter group is also composed of the Government of Mendoza, the General Irrigation Department, Aguas Mendocinas, Coca-Cola, Danone and TNC, representing the Latin American Water Funds Alliance as members of the promoter group.
For Brewery and Maltería Quilmes water is a fundamental ingredient in the recipe of its beers and a natural resource of great importance to achieve the economic, social and environmental well-being of individuals and communities.


With the signing of the agreement of understanding, Cervecería y Maltería Quilmes and the promoter group will advance in the design phase of a Water Fund for the M endoza River basin to help supply water for its people, its industry and nature in the long run.
“ With the signing of this agreement we take an important step towards fulfilling our goal of making Mendoza, one of the provinces where we make our beers, has a measurable improvement in the availability and quality of water. We are convinced that the best way to generate positive impact on communities and the environment is through collective actions that bring together public and private in partnerships for the conservation of biodiversity,” says Gonzalo Fagioli, vice president of Corporate Affairs of Brewery and Maltery Publication Date: 13/03/2019