We tell you the story of an Austrian family who settled in Misiones to create a new construction material using sawdust. Know them. 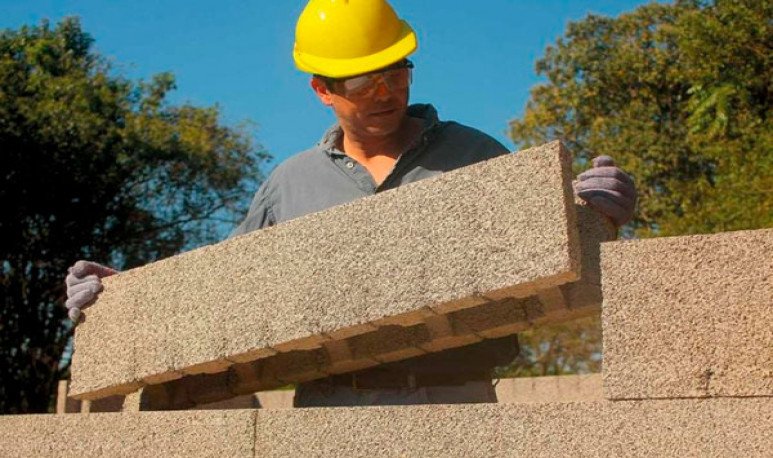 Los Cordes arrived in Argentina more than two decades ago. At first they settled in Buenos Aires, but then arrived in Misiones.  The family comes from Austria and for a few years has been based in Misiones,  first in the town of El Alcázar and, for some time, in Montecarlo. There, the occupation of the father of the family is systems engineering. In Montecarlo it was where inspiration came up  and decided to create together  a new input for construction.  The Cordes use the sawdust  produced by sawmills in quantity,  and which is treated as  a waste that is difficult to use.

Now, they are engaged in  using this waste as raw material in bricks for construction.   They get a much   cheaper and efficient product compared to hollow bricks or homigon.

“ Entrepreneurship is called SIMACON, which comes from the words  Synergy between Wood and Concrete,”   explains Dario Cordes, the young man who came with his parents to  Misiones already makes  years.   Simacon is a system by which sawdust is mineralized .  “ It is a process similar to what happens with the forests that are at the bottom of the southern lakes, which after thousands of years are fossilized, what we do is mineralize sawdust, but in a reasonable trade period,”  he explained.

Small business  is successful both locally and internationally.    As the product is so novel  , and also, environmentally friendly, they receive more and more consultations from other provinces and from large builders.    “ The great advantage is not only the sustainability of this material, but also its price, because when it comes to the truth  what is economical,”  Darío told the media.

In the words of one of its creators

“ Entrepreneurship adapts a Swiss technology of wood mineralization to the waste of the forest industry in Misiones y Corrientes, especially to resinous pine trees, which is what is most planted here.      The advantage is that an organic material that breaks down and burns, has a limited service life and an inert component is generated and that we use it as a volumetric aggregate in building materials.”

With a lot of knowledge on the subject and basing  the creation of the product , Darío is convinced that  a new form of construction is possible   .   “ We fossilize wood in a consistent business time and  combine it with a technology called ITF,  formwork, for modular construction and that is a venture that we carried out a couple of years ago,”  he said.

Sustainability to the stick

This venture was distinguished by  the Ministry of Production of the Nation  and by the  Ministry of Environment.   Simacon became  one of the 10 winners of the PROESUS (National Program of Entrepreneurs for Sustainable Development) competition  in 2016. This program is dedicated to recognizing the work of entrepreneurs who apply  new technologies to sustainable development . They currently have several awards and are able to  sell to other countries as well.

In his own words

On the project's website , they state that  SIMACON S.A.S. is the first company in Latin America to replace the use of expanded polystyrene (EPS) in systems construction type ICF (insulated concrete form) in an industrial way.  They did it with a composite material of concrete and mineralized wood fibers. For them, the experience is based on European Technology that adapt to the needs of the local market. ICF technology with mineralized fibers is currently used in countries such as  Germany, Austria, Switzerland, Italy, Canada, England and Australia for over 40 years.   Its great success is due to the high structural strength, excellent insulating behavior and longevity of matter.

Simacon produces   a new way of building and is an impetus for the missionary province, applause for them!