A team of agronomists from Rosario developed an application that revolutionizes crop monitoring. NASA participates in the project. I knew the story. 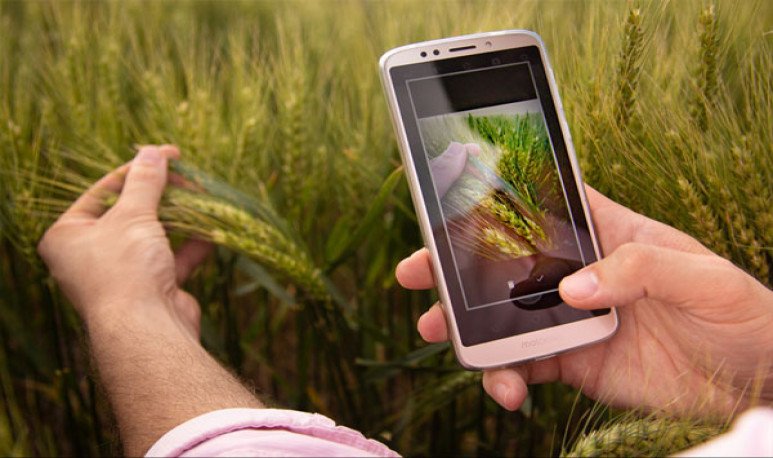 The most wonderful thing about technology is when it comes to bring us new solutions to old problems. Like many of humanity's greatest ideas,  SIMA was born out of the need to solve a specific drawback.   At that time, Gerónimo Oliva and Mauricio Varela were preparing their thesis for the  Faculty of Agronomy in Rosario  . Until one problem complicated everything: they lost the handwritten notebook with the data of a crop. This is how they began to shape the  technological entrepreneurship that today finds them associated with  NASA  . No more, no less.

It all started in 2015, when these two friends created the  Agricultural Monitoring System (SIMA), an agtech that contains a large database of agricultural information.   Then he joined the Andrés Yerkovich project, Systems Engineer,  to shape the  app  that would allow producers and students to carry all that knowledge in a simple way in the cell phone . The  project  continued to grow, so much so that today it has a team of 30 people.

From Argentina, they expanded to other countries in the Americas: Brazil, Paraguay, Uruguay and Mexico, among others. However, the real jump would come in 2019, when NASA entered the scene. It looks like a science fiction film, but it's real.  SIMA partnered with the NASA Harvest program,  developed by the University of Maryland with NASA funding, to work on an algorithm to estimate agricultural yield.

To this end,   NASA  put its satellites . To estimate the yield, some of the information comes from the space itself. It then collates with what is reported by the user of the SIMA application.  The success rate of the algorithm is greater than 80%  and allows to predict the results of the harvest several months earlier.   In addition, it allows producers not to have to approach the field as often as  it allows for cell culture monitoring.

The app is designed for any type of agricultural production : from extensive and intensive crops to regional economies; from wheat and soy to grapes, potato and tomato. And, also,  for all types of customers : SIMA users are both large firms and medium-sized producers. Today, SIMA monitors  3 million hectares in the region  and estimates that, for the remainder of the year, they will track 5 million hectares.  In 2020, they had a million dollars in turnover.   This year, they expect it to be three times that amount.

In this way, something that started as a way to solve a common problem for agricultural producers became a millionaire enterprise that creates sources of work and in which NASA itself is involved.

SIMA  is an intelligent farming system, which allows you to monitor your lots, geolocate data, analyze information and generate application orders for their handling.

How does it work?

Collect and geolocate data to the field

Smart is that with the same system you can record weeds, pests and diseases or simply take pictures, voice notes or text.

Through interactive charts, charts and maps.

Automatically communicate the status of your batches and the outcome of your decisions using work orders.

Plant Stand Control: Allow you to count your plants and their distance with a simple photo taken from your cell phone.

Severity Control: Severity or disease control of your crops can now be done using a photograph.