You didn't know that the formula of the richest lemon soda on the market is secret and Cordobese. This is the Pritty, the only and original drink that accompanies us every moment. This is his story. 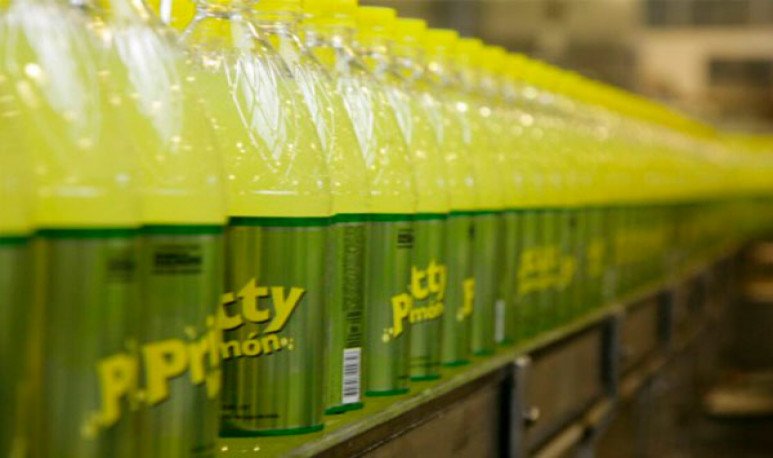 La Pritty is the cordovan drink par excellence.  Since the formula was born and began to be marketed, it became a place  on all tables in the province and the country.  What is not known, in fact, is that  your recipe has a cordovan tone.  Lemon soda has always been associated with this province, since it was born and  associated with global licenses such as  20th Century Fox, Emoji Company and Italian Cynar .

It is currently among the second  brands of soda  that are distributed  around 25% of the Argentine market.  It produces  about 400 million litres per year and has  more than 500 employees.  The company  packs approximately 200 bottles per minute for each of the four filling lines it has in Cordoba.

The beginning of a yellow passion

Pritty was founded in 1966 by the Sanchez brothers. They had bought a soda factory in 1950. It was  the La Moderna sparkling watermark , which eventually would lead the market.  At the beginning the brand  was sold with  lemon, orange and grapefruit flavors.   His portfolio includes  Rafting, Doble Cola, San Remo, Saldán, Magna and Livra  , other associated brands that  delighted Argentine palates  and that, little by little, were disappearing.

But this company never stopped reinventing itself, doing market research and launching new beverages that  impacted consumers by its surprising flavors.  However, the real  revival of the company   began in 1999, when Miguel de Biassi bought it.

De Biassi  invested a lot of money in Pritty  which, when he acquired it, was on call for creditors and with a very complicated financial situation. However, with hard work  and new organization , there were chances of  resurfacing from the ashes like the phoenix.  This visionary entrepreneur restructured the company and  doubled productivity.  In addition, it inaugurated  a new plant with state-of-the-art European technology.  From there on, it  was all growth.

Lemon soda is the most successful product of the company , and it reaches an average of about 50% of its sales, with prices somewhat lower than the first brands.   Consumption at the national level is growing  and the current strategy is to strengthen the product by area, particularly in  the interior of    the country. distillation of flavors until the production of packaging.  In addition to its own brands, it manufactures beverages that are marketed by  the main supermarket chains in the country. 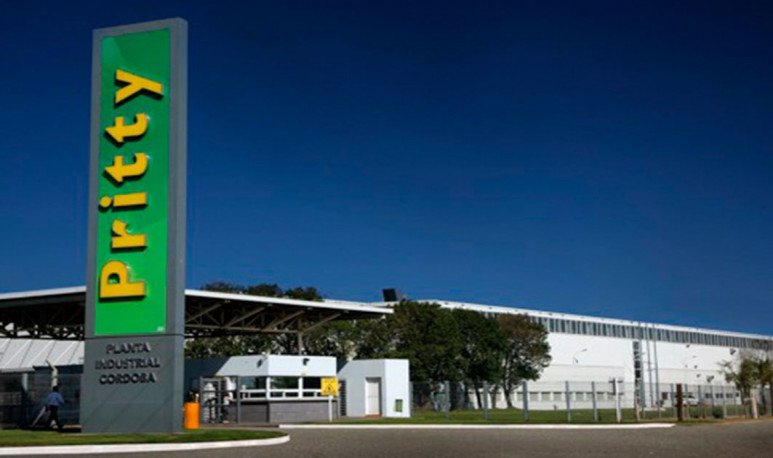 Timeline of a success

Year 1950:  The story begins in the City of Córdoba by acquiring a small soda factory in siphon.

Year 1966 : Pritty is launched, the company's flagship brand that was originally marketed in lemon, orange and grapefruit flavors.

1972:  The company is chosen to bottle, market and distribute the Seven Up and Crush brands.

Year 1992:  Pritty S.A.  is the first Argentine company  to develop and market its products in disposable PET packaging. This great technological advance allows geographical expansion throughout the national territory.

Year 1999:  a new Industrial Plant, equipped with state-of-the-art European technology, is inaugurated on a 13-hectare building located in Camino a Monte Cristo km 3 1/2.

Year 2010:  Pritty S.A.'s prestige allows the signing of international trade alliances with Twentieth Century Fox Film Corporation for the use of its characters “The Simpsons”

Year 2015:  Pritty Limón Cero is launched. The zero sugar and zero calorie version of the  number 1 brand in sales of the company.

Year 2019:  Promotional action with Cynar that covered all sales channels.  They offered about   30,000 combos of the soda  with the Italian appetizer. He was offered in bars in Cordoba and Buenos Aires.