The arrival of the oil refiner and bottler in Perico (Jujuy) promises work for its inhabitants and a careful relationship with the environment. 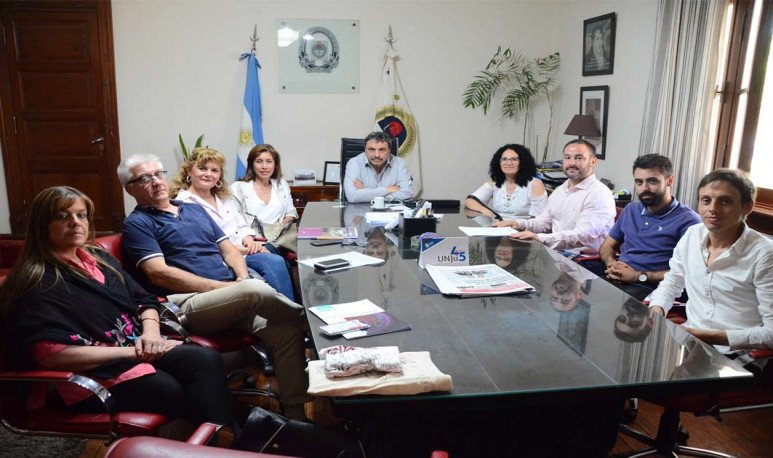 A soybean oil refiner and bottler represents a potential job growth for the city of  Perico,  in  Jujuy province. This  development  project comes as a result of joint work by the public and private sectors.

The  National University of Jujuy  (UNJu) and the firm  Gheragro  will be the protagonists of this  project . Both institutions are already moving forward in a partnership agreement within the framework of the physical refining and bottling of soybean oil project, which the Buenos Aires business group plans to establish in the free zone of Jujujuña city.

In order to carry out the project of the refiner and bottling plant, meetings were held between the authorities of the University and the company. The rector of UNJu, Mr.  Rodolfo Tecchi , held a meeting with  Augusto Gherardi Arbizu and  Jerónimo Gherardi Cangiano , from Gheragro.  Sandra Giunta ,  Cecilia Heit ,  Marcelo Janín, Consuelo  Gómez and  Patricia Luna Pizarro were also part of the meetings, representing different scientific sectors and  technicians .

Joint actions to carry out the oil refiner will be carried out with the aim of promoting the training of local labour. Another key factor is to encourage research and development of new products, taking advantage of the resources that the province of Jujuy. As part of the project, in the end, the installation of an essential oil extraction plant is expected.

Gheragro is part of a business group in Buenos Aires. Among its main activities is the extraction of hexane free soybean oil. This is why the company plans to make a substantial investment in the Zona Franca de Perico. The installation of its soybean oil refining and bottling plant would have the highest quality standards and ecological certification, making clear its commitment to nature and the environment.