The Asian giant decided to invest years ago in the region. We present two of the companies that best adapted to Vaca Muerta. 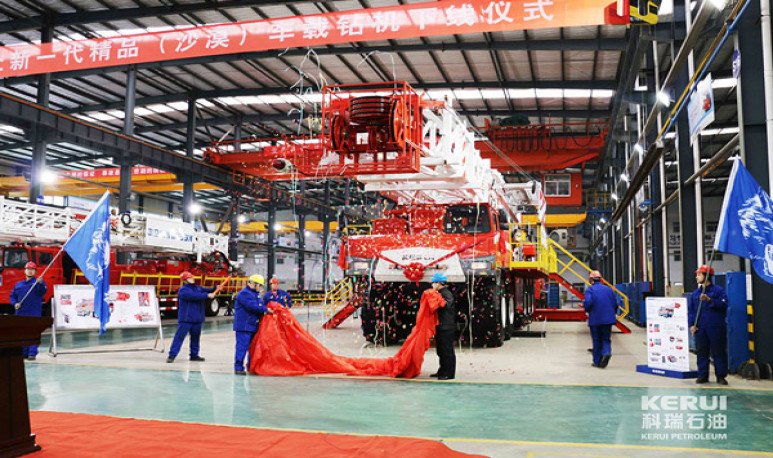 Neuquén is historically known for its green landscapes and golden lake beaches. However,  tourism is not the main economic activity of the province.  Under the arid steppe, the river side and at the foot of the volcanoes,   Neuquén  has a soil rich in gas and  oil .  Extractivism is one of the main economic activities in the region, but also a sufficient reason for  foreign industries to invest  .   China , erected as a world economic power  several years ago, is no exception.

Learn about the history of two companies originating in China that invest their social and economic capital in the province.

The most renowned oil fields in the last time are those located in Vaca Muerta . The potential of this geological formation is reason enough for Russian, American and Chinese capitals to put their magnifying glass in the province. The companies Kerui Petroleum Group and MSP - Drilex, from the Asian giant, reflect how globalization generates communities across the globe.

While Vaca Muerta also covers Rio Negro, La Pampa and Mendoza, it mostly covers Neuquine soil.  Technical assistance and provision of inputs and materials are the pillars of Chinese integration into the area . Expo Oil & Gas, held in La Rural in Buenos Aires year after year, had as its two main stars of the 2019 edition these two Chinese companies. The human resources they provide are of vital importance for the proper implementation of the industry's own tasks. They are also a  fundamental part in the insertion of Chinese inhabitants into our country.

From the union of a set of Chinese industrial enterprises, Kerui arises. Then,  it alliances with other industrial and global groups forming a multinational , heavy weight.  The entry into the country was directly in investments in the province of Neuquén . Its motto is “commitment to make oil and gas exploitation more efficient, providing customers with comprehensive solutions in research and development of smart equipment.” It reads like something important, and wow it is.

The multinational fort is in drilling.  More specifically, Kerui group is dedicated to providing tiny pellets that, like sand, are used to keep hydraulic fractures open for oil to flow.

While the group is categorized as a company in the oil and gas industry, it  is also engaged in the development of renewable energies . Thus, the deployment of other businesses outside the extractivism of unconventional resources could happen from year to year.

Commercially led in the country by Cecilia Chen,  MSP Drilex is the one that best accommodated Vaca Muerta . Like Kerui, drilling is the specialty of this Chinese state-owned enterprise.  The provision of services to giants such as YPF and Pan American Energy make it one of the most requested.

The firm has factories in China, the United States and Norway for the manufacture of parts and supplies for hydraulic fractures. MSP Drilex manufactures the  “Christmas trees” , the name called the set of valves and fittings to regulate the flow of oil, gas or water; and the  wellheads, which are used to control pressure in wells.

In its project portfolio, MSP Drilex is getting into the offshore with services for CNOOC in China, one of the partners of the Pan American Energy group. This makes her the other Chinese giant in the region.

Mendoza: Conventional oil discovered in an area of Vaca Muerta in Malargüe