The Cooperative La Riojana, a large family of producers, celebrates a new anniversary. 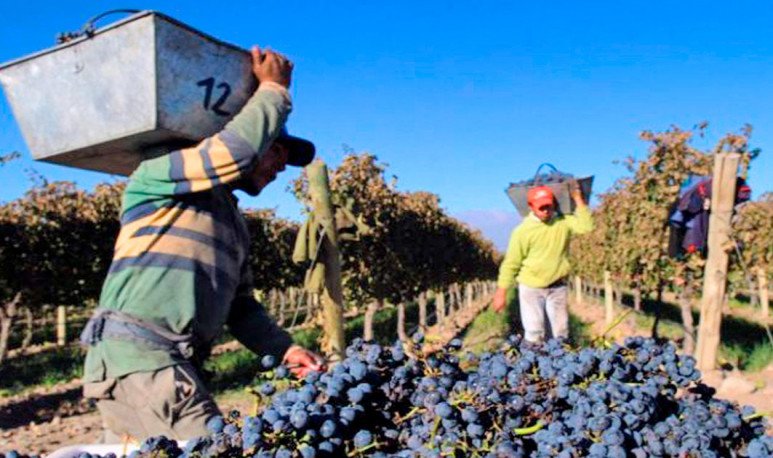 The wine-fruit cooperative  La Riojana,  located in the province of La Rioja, celebrates eight decades of work and excellence. The company has more than 400 partners and an annual production of 2 million boxes of conventional, organic and Fairtrade certified wines. The success of the project is the result of applying  solidarity and equality  among its members as main values. In addition to guaranteeing the consumer a  quality product.

La Riojana was born in 1940, when the productive potential of the  Famatina Valleys was detected. From then on, the Riojanos decided to be part of what they considered a valid alternative for the  productive sector in the area.  The cooperative is made up of small and medium producers, where all decisions are made democratically. That is why the actions they put in place aim to strengthen companionship and equity over their social assets.

The organization manufactures a wide variety of  grape juices, extra virgin  olive oils and organic extra virgin wines, among which the  Torrontés Riojano stands out. In 1995 they began to develop  external trade . “We today have a strong commercial network especially with Europe and the United States,” says  Oscar Flores , general manager of La Riojana. In addition, since 2006, they have certified the FairTrade standard, which guarantees consumers that the product meets social, economic and environmental standards.

At present there are four generations that make up this large family and who are committed to  production, socially and economically sustainable work.  La Riojana was able to overcome the different economic crises that the country experienced by demonstrating solidity and making its way to the different swings of the national economy.

Because of its  sustainable practices policies, La Riojana Coop. became  the largest producer of organic wines in Argentina , taking care of natural resources for more than 20 years. This is because the Famatina Valleys are conducive and suitable for this type of organic and biodynamic culture, especially for the development of torrontés Rioja.

In addition, the organization applies  fair trade  that is committed to a parity relationship between producers and consumers by putting the ethical values that cover social issues such as  environmental issues . In this spirit, in 2006 they began to certify with the FairTrade standard. Thus, every litre of FairTrade wine sold goes to a fund that  promotes the development of socio-economic projects to generate more and better opportunities for  employees, associates and the community as a whole.

In turn, the cooperative has a department of quality management, research and development. There works the ethnology team composed of leading professionals. One of the most important research was the selection of an ecotypic yeast for torrontés riojano, which became  the first ecotypic yeast selected in Argentina.

The main  winery  is located in Chilecito, a city located in the province of La Rioja. You can get to know its facilities by taking a guided tour of the plant that ends with a tasting. There is also a Wine Store offering a wide variety of nationally and internationally recognized wines.