For the first time in its history, Naranja is the main sponsor of the Marathon that will run the next 26/08 through the streets of Buenos Aires. 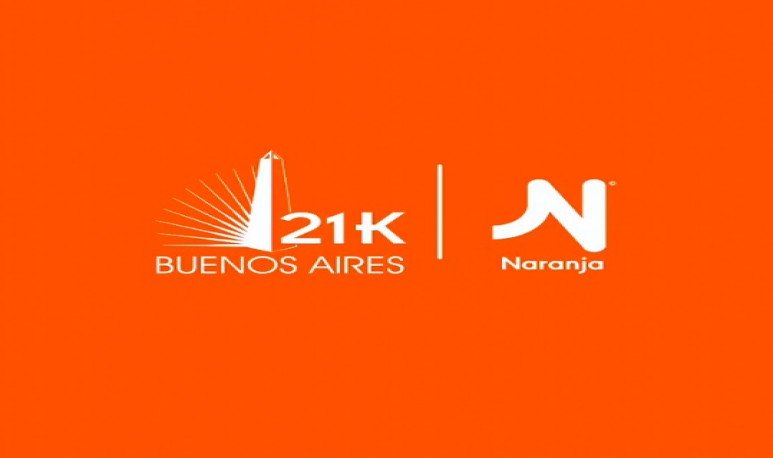 Under the slogan “Leave everything for your purpose” , Naranja will be present at the traditional pre-race expo (Buenos Aires Half Marathon). Giving away a sports neck to every runner who passes through the stand and share their purpose on networks with the hashtag #21KNaranja . On the day of the competition, the runner community will enjoy the Orange Dome experience. Where a myofascial release service will be offered to predispose muscle mass to effort (before the race). And facilitate the recovery of muscles (after the race).

Romina Ruffino, Orange Branding Manager, highlights: “Participating in this great event allows us to promote well-being, joy and improvement. Attributes that match our brand values. We chose to accompany this marathon because we are convinced that it is the purposes that put us in motion. They fill us with energy and drive us to go further.”

More than 25,000 runners from all over the country, including the best in the world for the distance of 21 kilometers, will meet in this competition organized by the Rhea Association. That constitutes the prelude to the Buenos Aires International Marathon to be held in September.

Useful information here in our Agenda

In 2017, the company closed with a total of 9.3 million  cards  enabled,  making it the first broadcaster in the country . During the same year, the company made ordinary profits of 2,467.6 million pesos, according to the advance of results reported to Bolsas y Mercados Argentinas SA (BYMA) .These gains imply an expansion of 70.8 percent compared to 1,445.1 million pesos in profits obtained in 2016. While that jump includes  inflation , it means marked growth in real terms.

Orange Card fees are regulated by the BCRA and today its annual nominal rate is 47% .The company issued 9.3 million plastics, has 260,000 affiliated businesses throughout the country and has 258 branches from North to South. In addition, it has 3800 employees, who David Ruda, its owner, christened “collaborators”.

According to the owner of Tarjeta Naranja what distinguishes his company is the close treatment he has with the customer. This closeness, of which has been culted in recent years, consists, among other things, in  giving a candy to each person who enters a branch and narrowing it into a hug.

The expansion began in  Córdoba capital  and spread first to the interior of that province. Then it passed northwestern Argentina (NOA), then northeast (NEA) and then to the South.  At the end of 2007 he began his arrival in the province of Buenos Aires , taking its steps from the periphery towards the center; that is, first the Conurbano and finally, the Capital. In the province of Buenos Aires and Capital Federal already has more than 50 branches.

The world, a utopia

With his arrival in the Federal Capital, Ruda set himself the goal of making Orange Card the number one card in the country. But, once this purpose is achieved, the owner of Orange wants to aspire for more.  His ambitions go beyond the borders of this country.  “& Why not dream of being number one in the world? “, he says, as he smiles. Then he further points out his sayings: “We could say that it is our utopia.”